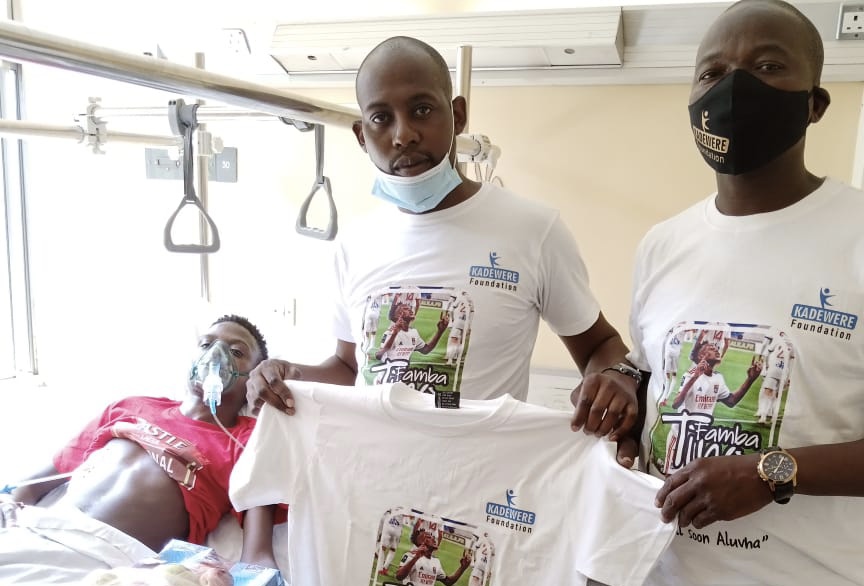 Zhakata was on Saturday afternoon attacked by thugs and sustained numerous injuries which include three broken ribs.

The foundation is a non-profit organization whose aim is to help both youths and adults in the realization of their sporting dreams.

“Kadewere Foundation went to the hospital in Parirenyatwa to see Aluvha who is not feeling well,” he said.

Tino, who fired Lyon past Angers last night, also weighed in with a message for Aluvah from his base in France, in the video below;