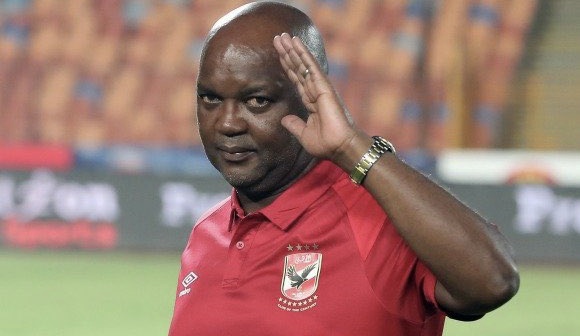 The South African tactician guided his side to a 2-1 win over Zamalek in the thrilling decider at the Cairo International Stadium, his second title and Al Ahly’s 9th.

Al Ahly had lost their previous finals in 2017 and 2018, making last night’s victory extra special and Mosimane credited it to togetherness.

“Alone we can do so little, but together but together we can do so much. Thanks Captain El Khatib , and the board, players,technical team, players, staff, admin, supporters, my Family , South Africa and Almighty God for the trophy,” he wrote on Twitter.

In another post, to the delight of South Africans, Pitso wrote: “Finally , I had to come to Nile River to catch the big Fish.”