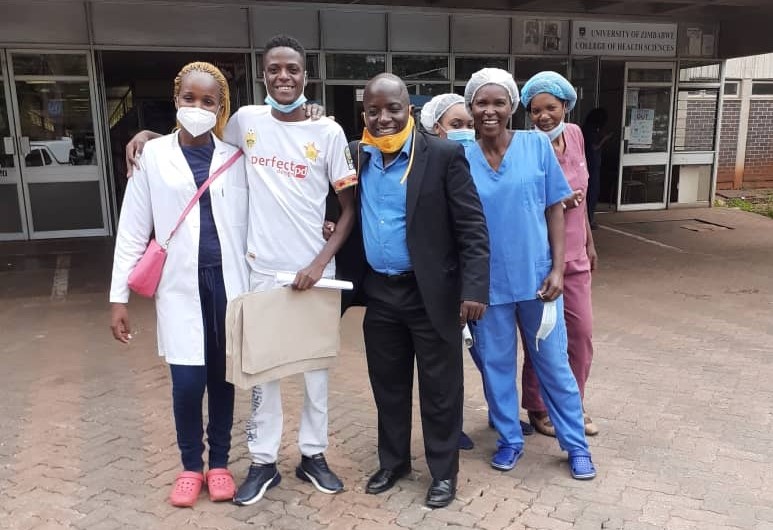 Aluvha was attacked by thugs in Chitungwiza last month and suffered three broken ribs which perforated his right lung, resulting in Pneumothorax.

Posting on Twitter, the superfan said: “(I am) Glad to share with you the good news that I have been discharged from hospital.

“The fight, however, is far from over, I’m still nursing three broken ribs, but the healing process can take place while I’m at home.”