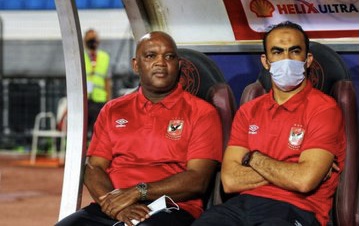 The Uruguay’s future at the Pretoria-based side has been subject to speculation even before Mosiamane left for the now African champions and the tactician has now admitted that the club is after him.

“Yes, Ahly want Sirino and they spoke to Sundowns officially and all that, I don’t want to tell you too many things that have been happening. The president of Sundowns was here [in Cairo]. Danny Jordaan told me that Dr Patrice Motsepe was with him, but we didn’t meet, probably because he was busy,” the coach told Safja.

“But you can’t tell me there have never been talks about Sirino at that level, I know because I get the feedback. Sirino wants to leave to come to Ahly.”

“All of you guys know that Al Ahly has been asking about Sirino while I was still at Mamelodi Sundowns, it’s a fact.”

“It’s just a perception that I am the one who wants Sirino at Al Ahly because I am in the hot seat now. It will always link to me. I am not angry with it because it has always been there, you know about it, you wrote about it all the time,” he added.