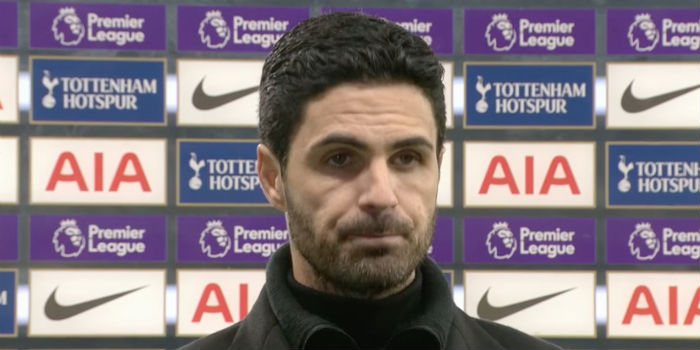 Jose Mourinho compounded more misery on struggling Arsenal after guiding Tottenham Hotspur to a comfortable 2-0 win over the Gunners in the North London derby on Sunday.

First half goals by Son Heung-min and Harry Kane ensured that Spurs do not only get maximum points but also a crucial win which sent them to the summit of the Premier League table at least before the Liverpool -Wolves game.

While Mourinho was all smiles and hugging his charges after the final whistle, it was a gloomy picture for his counterpart Arteta.

The Spaniard has not tasted victory in the Premier League since the 1st of November and his side is now languishing in 15th position on the table.

His post-match press conference was that of a manager who doesn’t know what else to do to win a football game.

“I don’t know what else we can do. If we can’t score goals we cannot improve our situation,” he said.

“In terms of the performance they did everything that I asked them to do. Absolutely everything. We played the way I believe we had to play this game,” he added.

Up next for Arsenal, who have no win in the last four games in the English top-flight, is a home game against Burnley on Sunday.