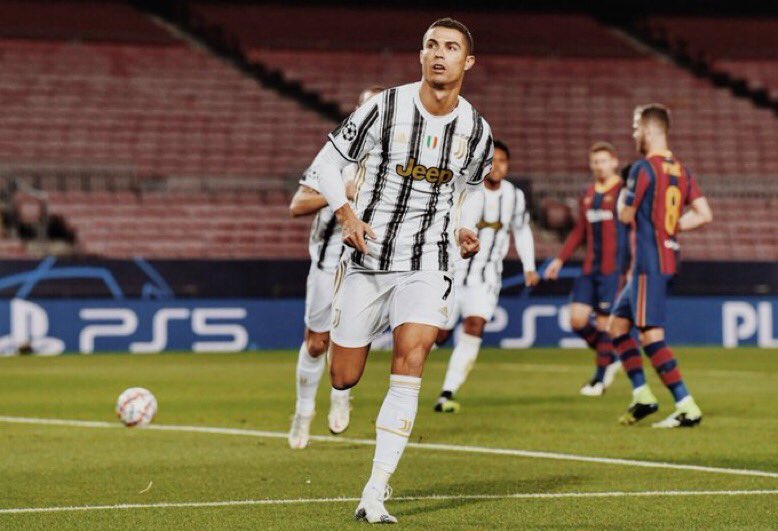 Juventus superstar Cristiano Ronaldo has reacted to his side’s win over Lionel Messi’s Barcelona in the Champions League last night.

Ronaldo and company cruised past an out of sorts Barcelona 3-0 in a clash billed as the ‘Battle of the GOATs’ by football fans, who were excited to see the two renew their rivalry by facing each other for the first time in over two years.

The 35-year-old, who scored two penalties on either side of the half time break, took to Twitter after the  game to share his thoughts on it.

“Always great to return to Spain and to Catalunya, always hard to play in Camp Nou against one of the best teams I ever faced. Today we were a team of Champions! A true, strong and united family! Playing like this, we have nothing to fear until the end of the season… Let’s go, guys! Let’s go, Juve! Fino Alla Fine!” he wrote.

Quizzed on the renewal of his rivalry with Messi after the game, Ronaldo said: “I have always had a cordial relationship with Messi.As I have said before, for 12, 13, 14 years [I have been] sharing prizes with him.

“But we know in football people always look for a rivalry to create more excitement,” he added.