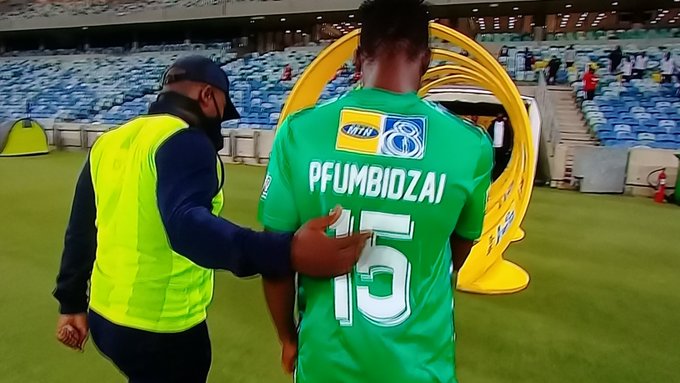 Zimbabwe international Ronald Pfumbidzai had a nightmarish MTN 8 final and could be fingered for both goals conceded by Bloemfontein Celtic in their 1-2 loss to Orlando Pirates in the decider at the Moses Mabhida Stadium on Saturday.

The former CAPS United left-back first gifted Deon Kavendji‘s with Pirates’ equalizer after they had fallen behind to a Siphelele Luthuli early strike.

He  was then shown a straight red card for a foul on Thembinkosi Lorch, which resulted in a penalty, from which the Buccaneers scored their second.

Pfumbidzai started the game for Celtic, while his Warriors teammate Terrence Dzvukamanja was on the bench as Pirates clinched their first trophy since 2014.