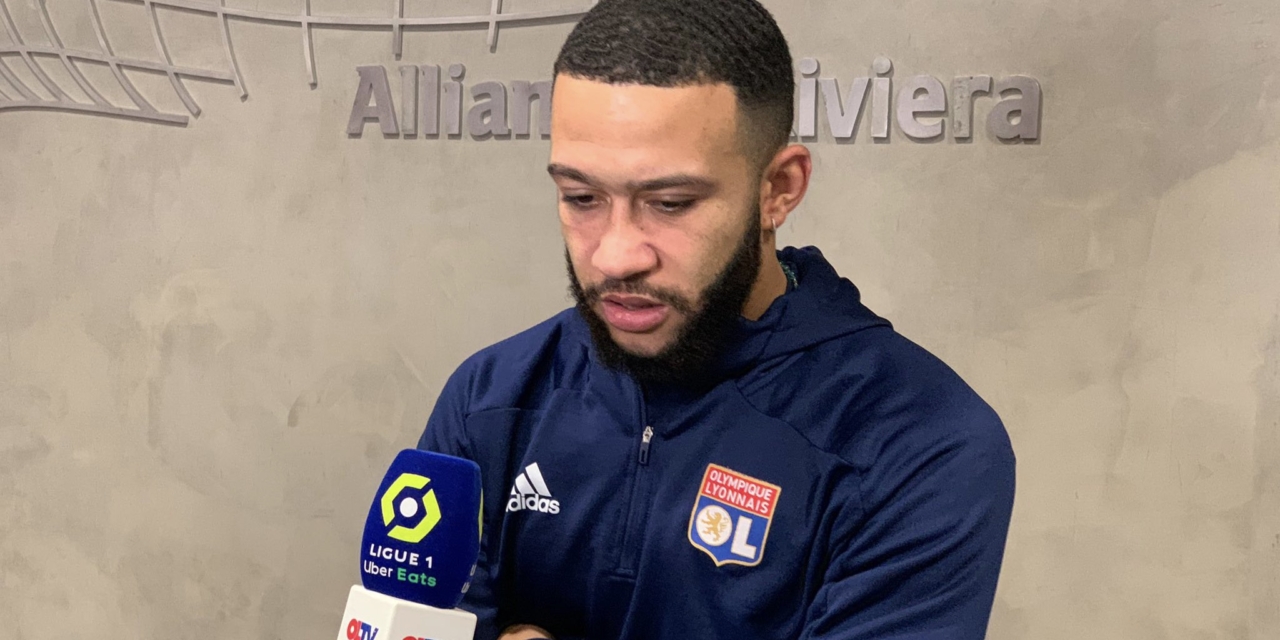 Olympique Lyon talisman and captain Memphis Depay has lauded his strike partners Tino Kadewere and Karl Toko Ekambi after another decisive role by the three in the demolition of Nice last night.

The Dutchman opened the scoring from the penalty spot in the 32nd minute before Kadewere doubled Les Gones’ advantage of the stroke of half time.

Kadewere would turn from scorer to provider in the second half; unselfishly setting up Toko Ekambi for the Cameroonian to score Lyon’s third goal.

Depay, Kadewere and Toko Ekambi have been impressive this season and are statistically the most dangerous attacking trio in any of Europe’s top five leagues, with  a combined 22 goals this campaign.

Depay, speaking to OLTV after the game, showered his strike partners, as well as his teammates at large, with praise.

“I am happy with the victory. We came to win so we are satisfied. I am happy with the relationship among myself, Toko Ekambi and Kadewere. The substitutes also bring their qualities to the match… I did not think about the penalty. I did it by feeling,” he said.

Lyon coach Rudi Garcia hailed the performance produced by his troops, which consequently sent them to the top of the pile in Ligue 1.

“We absolutely wanted to be in first place. We won by a large margin. We scored some nice goals, in different ways, from build up play and on the counter. There is nothing wrong with the goal we conceded.It’s nice to see the team play that way,” said the Frenchman.

”Memphis is dazzling. I am very satisfied with everyone’s work. We were smart. We didn’t have the legs to press more. We decided to play in a block in midfield… The players take pleasure in playing well and defending well together. Our past experiences have helped us to stay strong,” he added.