Once upon a time, there was the Warriors class of 2004 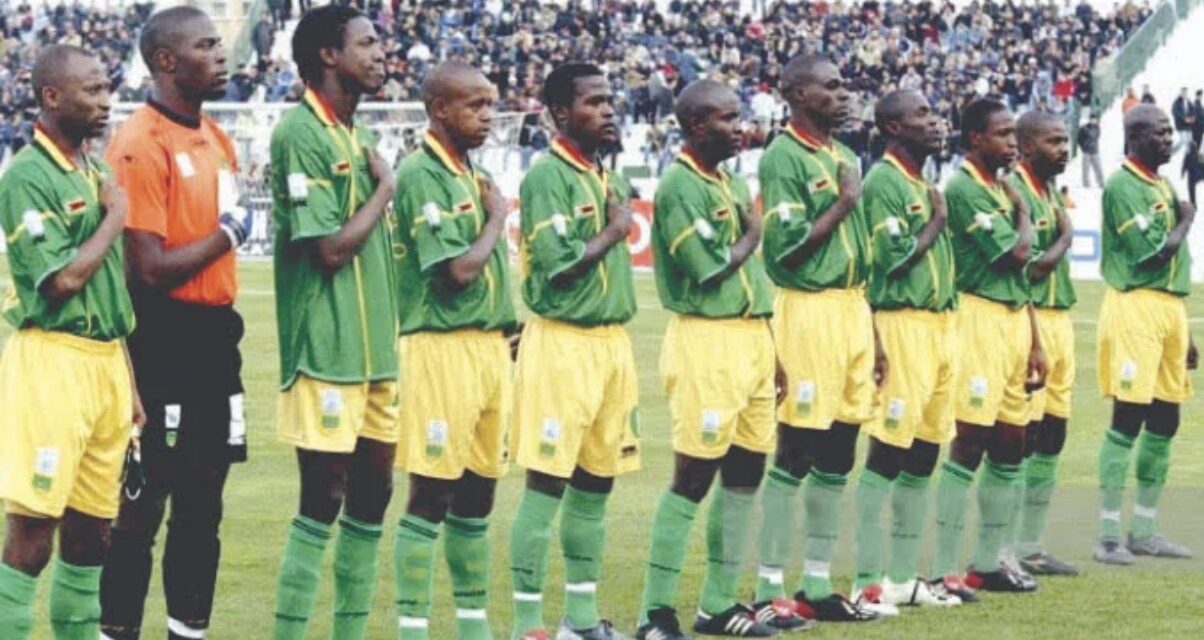 From 1980, the year Zimbabwe attained independence from British encroachment, the football-loving public waited until 24 years later to know how it feels for the national soccer team to be at the Africa Cup of Nations (AFCON) finals.

It took the heroics of, not a foreign coach, but the legendary Sunday ‘Mhofu’ Chidzambwa to finally propel the country’s national team to the Africa’s greatest football extravaganza.

A Peter Ndlovu brace in a 2-0 victory over Eritrea at the National Sports Stadium during a Group 6 qualifier in 2003, ensured that Chidzambwa’s charges booked their place at the continental showpiece as the best-placed runners up, sparking wild celebrations across the country.

It took impressive results for that mission to be accomplished, particularly in the two games against group favorites and eventual winners Mali.

A solitary Lazarus Muhoni strike at the National Sports Stadium, a game in which Lloyd Chitembwe was heaped with praise for keeping Mali talisman  Seydou Keita quiet, as well as a goalless draw against the Eagles at the Stade du 26 Mars in Bamako, were the watershed results in Mhofu’s quest to become the first ever coach to lead Zimbabwe to the continental showpiece.

The Warriors, drawn in Group B, arguably the group of death alongside Egypt, Cameroon and Algeria, got off to the perfect start!

A glancing Peter Ndlovu diving header thrust them ahead against Egypt at the 22 000 seater Stade Taïeb Mhiri but the Pharaohs fought back through goals from Tamer Abdel Hamid and Mohamed Barakat to win 2-1.

In the next game four days later at the same venue, against a star-studded Indomitable Lions of Cameroon, Ndlovu again fired the Warriors ahead, in an enthralling eight goal thriller they eventually lost 3-5 but is widely remembered for  Esrom Nyandoro’s thunderbolt which was voted goal of the tournament.

The last Group C meeting between Zimbabwe and Algeria at the Sousse Olympic Stadium, was a dead-rubber for the Southern Africans but it meant everything for their North African counterparts, who needed a positive result to be guaranteed a place in the knockout stages.

It was a Ndlovu again who fired the Warriors ahead, this time Peter’s brother, the now late Adam, whose header just after the hour mark hit the post and went in.

Lupahla doubled Zimbabwe’s advantage in the 71st minute with a shot from close range before Hocine Achiou pulled one back for the Desert Foxes.

Those in the truth-telling profession will agree that Chidzambwa’s troops might have exited the tournament in the first round but they fought as what they really were- Warriors.

Those who wear objective football lenses will not fail to see that the Peter Ndlovu-captained side did the country proud in a very difficult group and it was no surprise that they got a heroes’ welcome at the Harare International Airport when they returned home days later.