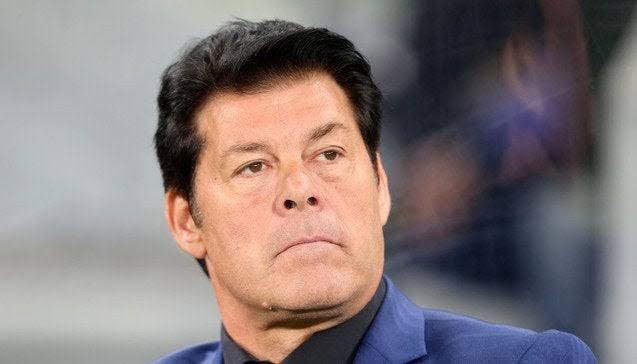 In a bizarre turn of events at Chippa United, Belgian coach Luc Emael has reportedly denied signing for the Port Elizabeth-based outfit.

The controversial Belgian was named as the new Chilli Boys head coach yesterday after the club parted ways with Lehlohonolo Seema.

“The club confirms that it met with former coach Lehlohonolo Seema on Wednesday where the consensus from both parties was to part ways with immediate effect‚” read a statement by the club.

“Eymael has coached in Belgium and in Africa and was also in charge when Free State Stars won the Nedbank Cup in 2018.”

“Triggerman and club boss Siviwe Mpengesi was quoted in the statement as saying: “Our ambition was to have an improved season in comparison to how the team has been fighting relegation in the past few campaigns.

“One of Eymael’s responsibilities is a top eight finish for this season.”

However, according to South African publication Kick Off, the Belgian dismissed claims by the club.

“I am surprised [by Chippa United’s statement]. I haven’t signed anything with the club. Yes, they approached me and we had discussions. But it’s not true that I have signed,” he was quoted as saying by the publication.

“As I am speaking to you I am in my office in Belgium. I haven’t signed with anybody. At the moment I am sitting with other offers in Morocco and Tunisia. My next destination isn’t yet decided.”