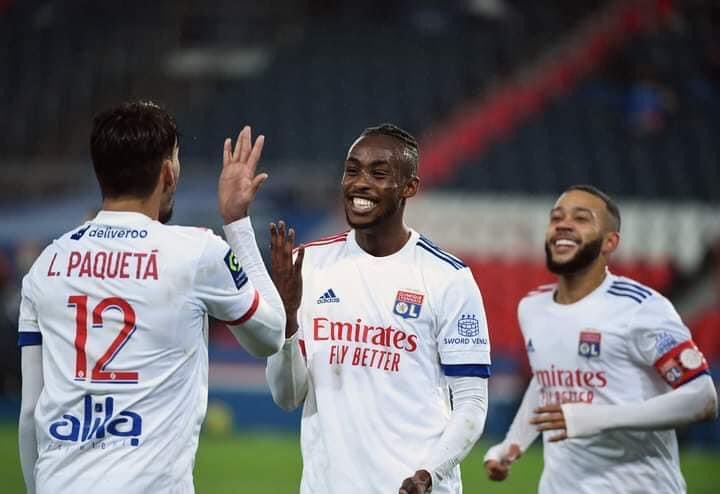 Zimbabwean striker Tino Kadewere’s Olympique Lyon are back the the summit of the Ligue 1 table after their 3-2 victory over Lens last night.

The French top-flight was on a break during the holidays but resumed yesterday.

Kadewere, who turned 25 on Tuesday, set up captain and strike partner Memphis Depay for Les Gones’s first of the night.

The Dutchman went on to complete his brace from the penalty spot while the other was an own goal as Lyon extended their unbeaten run to 15 games, the longest in any of Europe’s top five leagues currently.

They are now three points ahead of defending champions Paris Saint-Germain at the top of the table.