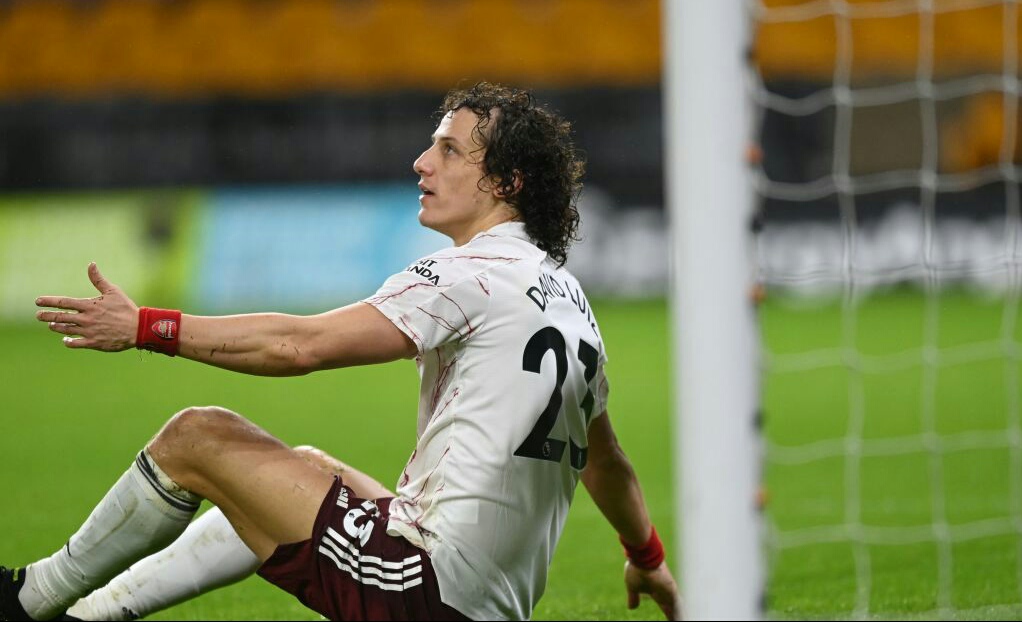 Arsenal have confirmed that their appeal to have David Luiz’s red card in their 1-2 defeat to Wolves overturned has been rejected by the Football Association (FA).

The Brazilian was controversially shown a straight red card on the stroke of half time by referee Craig Pawson for a foul in the box on Willian Jose, a decision which the club appealed against but has been turned down.

“The Football Association have confirmed to us that the red card given to David Luiz on Tuesday against Wolverhampton Wanderers will stand,” reads a statement from the North London side.

“We have worked really hard to overturn David Luiz’s red card. We presented our case to the FA but are disappointed that our appeal has been unsuccessful.”

“We accept the FA’s decision and continue our preparations for Saturday’s match against Aston Villa.”