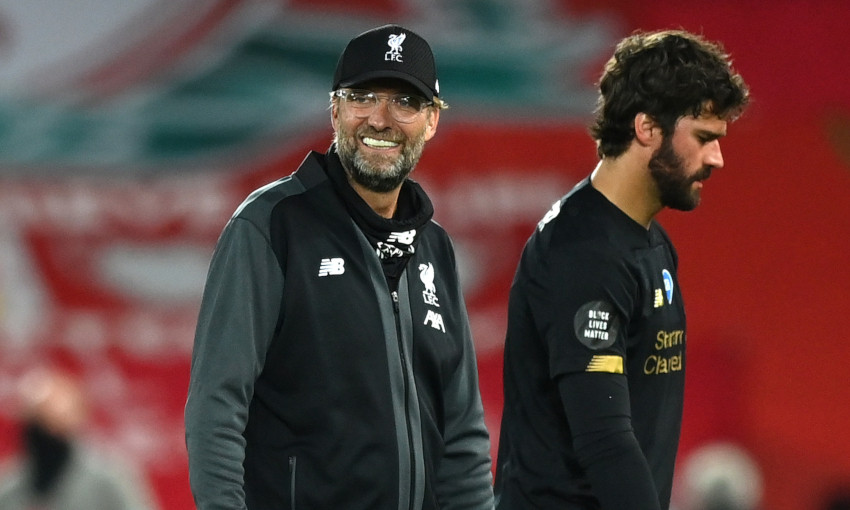 Jurgen Klopp has backed Alisson after the goalkeeper made two calamitous blunders during Liverpool’s 4-1 home defeat at the hands of Manchester City.

The errors gifted the visitors with two goals in the second half. The keeper committed the first of two distribution errors which resulted in Ilkay Gundogan restoring City’s lead. Four minutes later, he passed the ball to Bernardo Silva who set up Raheem Sterling for another goal.

Speaking after the game, Klopp insisted the goalkeeper is still “world class” and highlighted how many times he has come to the team’s aid.

The gaffer said: “It’s two [instances] where we didn’t give him a lot of options, especially around the first one. I think the second one, yeah, he just mis-hit the ball.

“I don’t know, it’s not a real explanation for it but maybe he had cold feet or something. It sounds funny but could be. But there’s still the opportunity to kick it in the stands.

“But Ali has saved our life plenty of times, no doubt about that, and tonight he made two mistakes and that’s how it is.”