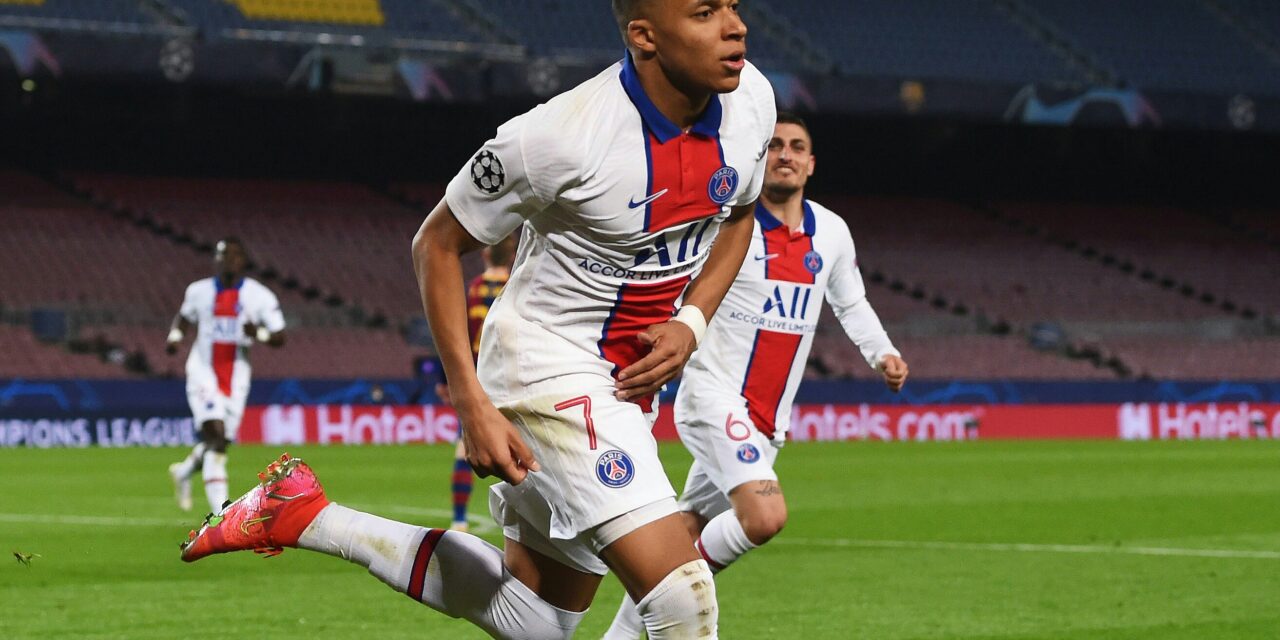 Kylian Mpappe was once again the star of the show as Paris Saint-Germain beat Barcelona 4-1 in a UEFA Champions League Round of 16 first leg match played at the Camp Nou on Tuesday.

The 22-year old scored a hattrick as Mauricio Pochettino’s charges came from behind after Lionel Messi had opened the scoring from the penalty sport, to beat the Catalan giants, who now need a miracle to overturn the deficit in Paris.

Elsewhere, Liverpool overcame RB Leipzig 2-0 in Germany, thanks to second half goals from Sadio Mane and Mohammed Salah.

Jurgen Klopp’s men came back from three consecutive defeats in the Premier League to register what looks like a healthy first leg advantage.