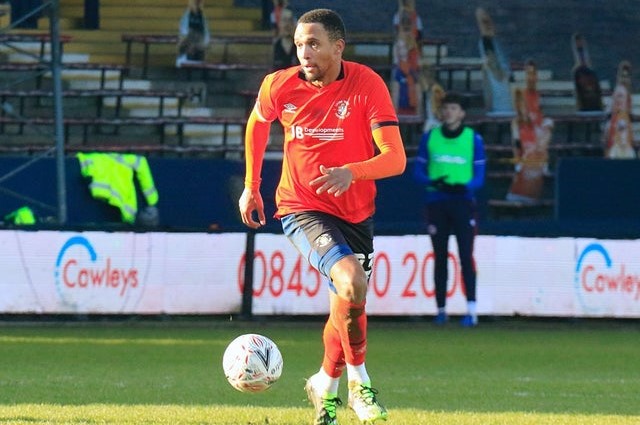 Former Everton defender Brendan Galloway has been included in the Warriors provisional squad for the Afcon qualifiers against Botswana and Zambia in March.

The 24-year old Luton Town left-back has represented England at junior levels and is eligible to feature for Zimbabwe as he was born in Harare. He was first approached in 2016 ahead of the 2017 African Cup of Nations but chose to remain part of England’s development set-up.

But after hopes of representing the Three Lions at senior level became slim, Galloway has agreed to switch his allegiance to Zimbabwe.

However, his availability for next month’s games will depend if his club agrees to release him considering the COVID-19 restrictions and his fitness.

Jones said: “He’s still injured at the minute so it’s been very, very frustrating for Brendan.

“It’s been a frustrating process and I don’t want to comment too much because I don’t understand what’s happened at times.”

The boss also said that Galloway will pursue his career elsewhere after struggling at the Championship side:

“Brendan will continue to do his rehab with us and then will find a new club in the summer,” Jones added.

Brendan Galloway is yet to play a Championship game at Luton this season. He missed the opening three months of the campaign because of a fractured knee cap.

He returned to action in December but has only been confined to the bench or failing to make it into the matchday squad.

In other competitions this season, the Harare-born defender has only played a total of 74 minutes, attained in the third round of the FA Cup in January.

He is back on the sidelines again with another fitness issue.

Galloway also went through the same fate in the previous term as injuries hampered his progress.