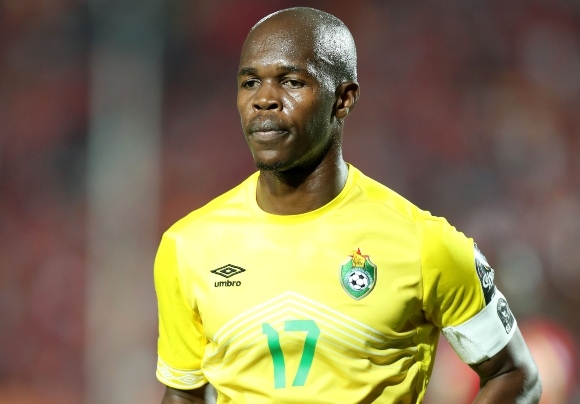 Knowledge Musona’s availability for the Warriors’ Afcon Qualifiers against Botswana and Zambia in late March has for the past weeks been in doubt following an ankle injury sustained in January.

The Zimbabwe captain is still out of action and recently started light training.

Despite the situation, he was included in the preliminary squad for the games announced on Thursday but coach Zdravko Logarusic pointed out that the forward could still be withdrawn from the selection if he fails to recover in time.

The 30-year old, however, is optimistic he will return to full fitness before the qualifiers and be available for national duty next month.

Responding to some of his followers on Twitter who had asked when he is returning to action, Musona didn’t give the time frame but said he will be available for the games against Botswana and Zambia.

Zimbabwe will first travel to Gaborone for their penultimate Group H encounter on 25 March before rounding off the campaign with a home leg against Zambia four days later.