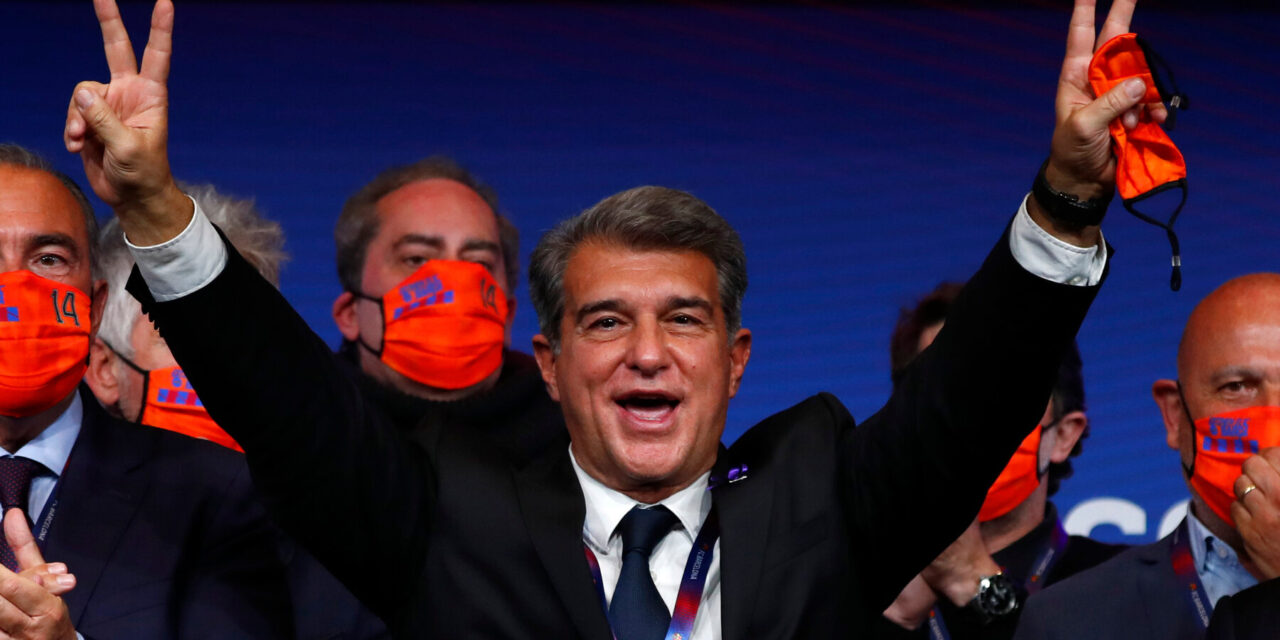 Joan Laporta has been named as Barcelona president for a second time after winning the club’s election.

Laporta succeeds Josep Maria Bartomeu, who resigned as president in October after facing a vote of no confidence.

In his victory speech, the newly elected Barca boss said keeping keeping Lionel Messi at the club was a priority.

The Argentine superstar is in his last four months of his contract at the Camp Nou and was linked with an exit in August.

“Seeing the best player in the world come out to vote today is a clear sign of what we keep saying. Leo loves Barca.

“The best player in the world loves Barca and I hope that is a sign that he will stay at Barcelona, which is what we all want.”

Messi was among several Barca players to vote in the election a day after winning 2-0 at Osasuna to go second in La Liga.