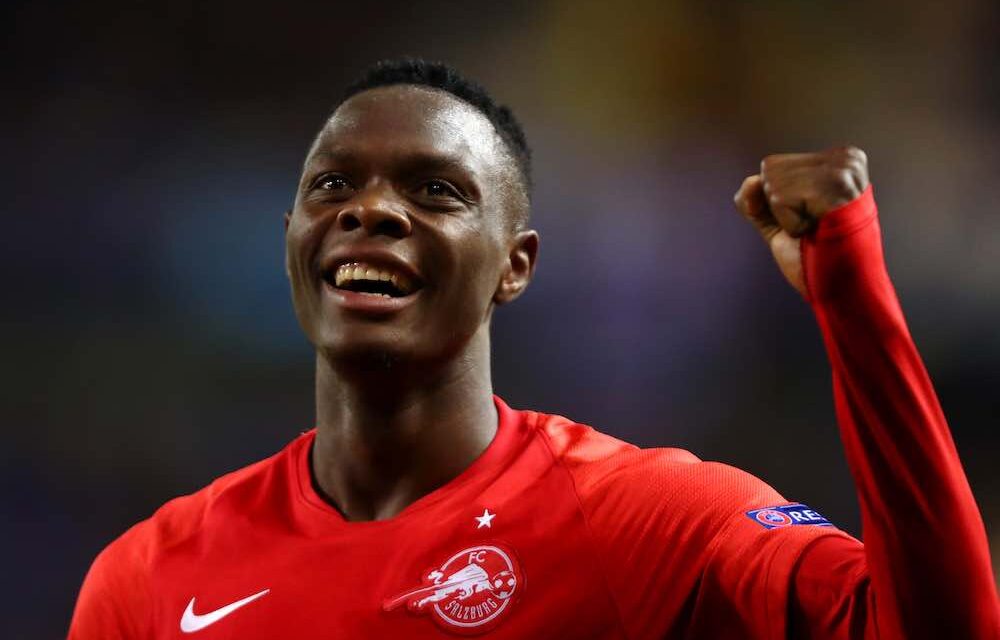 Daka is having an outstanding campaign in the Austrian Bundesliga and has so far scored 27 goals in 31 games across all competitions this term.

According to Austrian news outlet Salzburger Nachrichten, as cited by talkSPORT, the four English clubs are all showing an interest in the forward, who is currently believed to be valued at £17million (€20m) – with that figure likely to soar.

A number of other big European clubs are also said to be tracking him.

Daka, 22, is the latest player off the production line, with RB Salzburg already having produced current Liverpool players Sadio Mane, Naby Keita and Takumi Minamino who was loaned to Southampton in January.

The club also sold Erling Haaland to German outfit Borussia Dortmund last year. The Norwegian striker was also wanted by Manchester United but the EPL side failed to capture him.