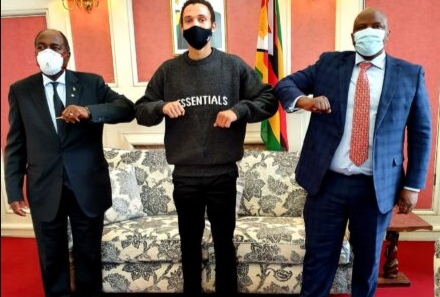 Luton Town defender Brendan Galloway has acquired a Zimbabwean passport and is said to be now “keen” to play for the Warriors.

The 25-year-old, who at some point played Premier League football with Everton, has for years, ignored the call to play for Zimbabwean citing several reasons.

He was one of the players believed to have been referred to by Warriors coach as “uncommitted” when Zimbabwe played Algeria last November.

He visited Retired Colonel Christian Katsande  Ambassador to the United Kingdom and Northern Ireland today, and made known of his intentions to play for the national team.