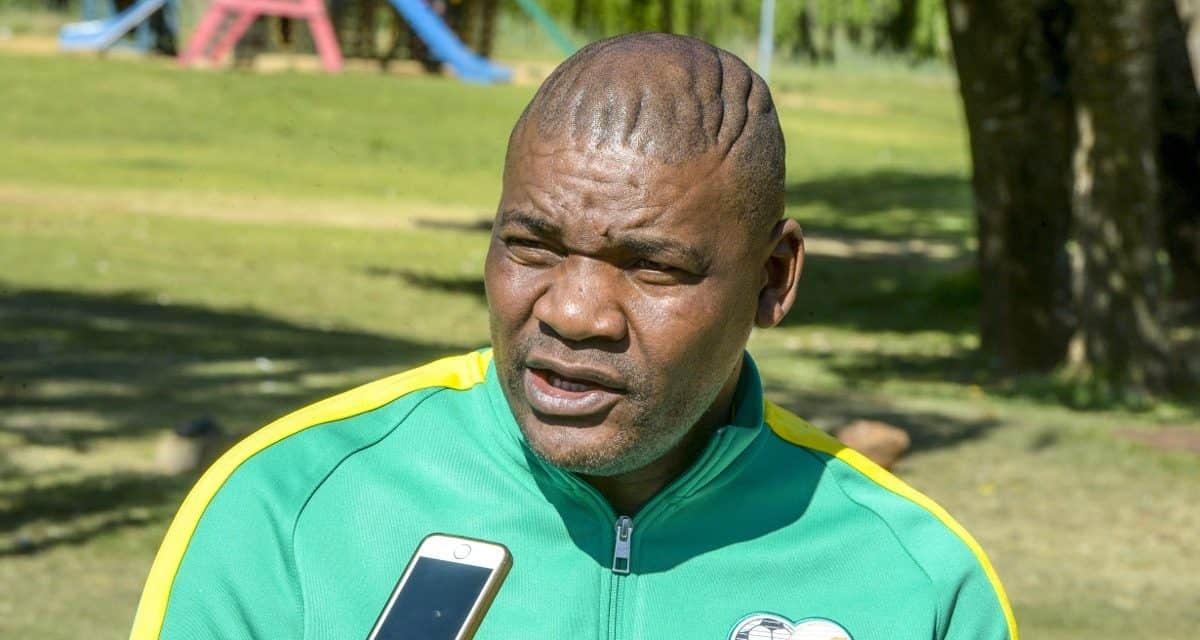 The news was confirmed by SAFA CEO Tebogo Motlanthe at a press conference on Wednesday.

Ntseki’s sacking comes a day after a meeting with the football board where he refused to resign.

The gaffer was asked to step down after failing to meet his mandate of qualifying to the 2021 Afcon tournament. The team lost 2-0 to Sudan on the final matchday and surrendered the qualifying spot to the North-Central African country.

“The National Executive Committee have resolved to part ways with the coach, it is just administrative things that are outstanding,” Motlanthe said at the presser.

“We are here to convene the message of the NEC. They have mandated us to apologise to the nation on their behalf for the team’s failure to qualify for the Afcon.

“Unfortunately we did not qualify and we know it has emotionally affected the country.”

Ntseki, who was appointed in 2019, is leaving the national team together with his assistants.

A new techinical team is expected to be announced before the start of the World Cup Qualifiers in June.

Bafana are in the same group as Ghana, Zimbabwe and Ethiopia.