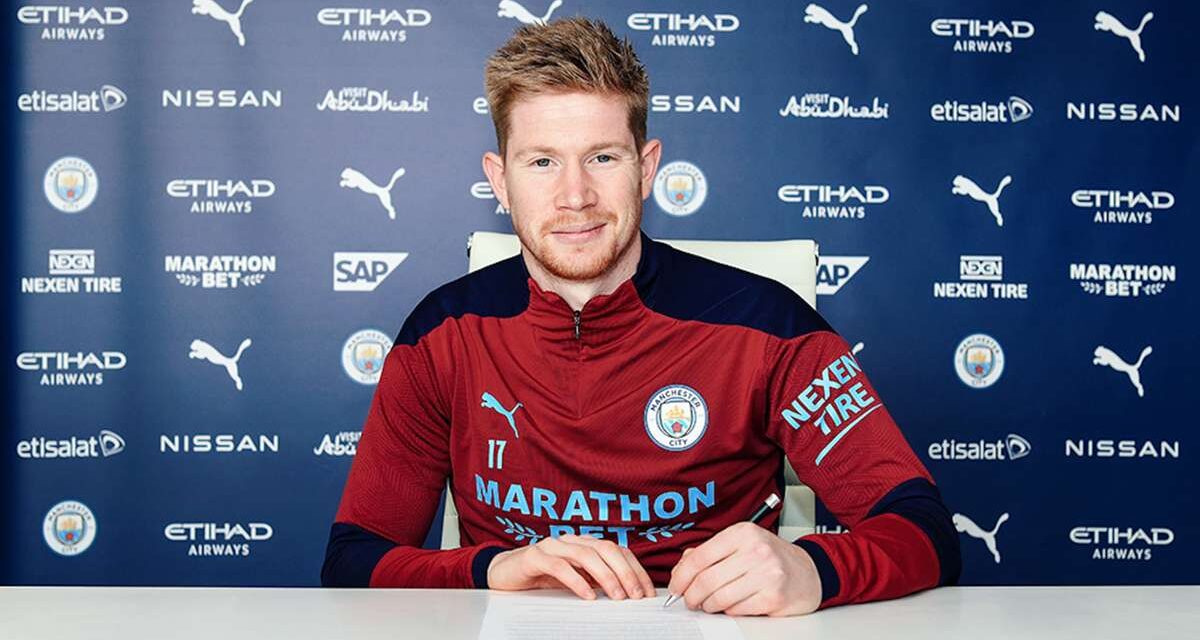 Kevin De Bruyne has signed a contract extension with Manchester City, keeping him at Etihad Stadium until 2025.

The midfielder, whose current deal was set to expire in 2023, extended his stay with two more years. The new agreement ends any uncertainty over his long-term future at the club.

“I could not be happier, since joining City in 2015, I have felt at home,” De Bruyne said after his contract was confirmed. “I love the fans, my family are settled here in Manchester and my own game has developed really well.

“This football club is geared for success. It offers me everything I need to maximise my performance, so signing this contract was a straightforward decision. I am playing the best football of my career and I honestly feel there is more to come.”

The 29-year-old has 77 assists from his 176 Premier League appearances.