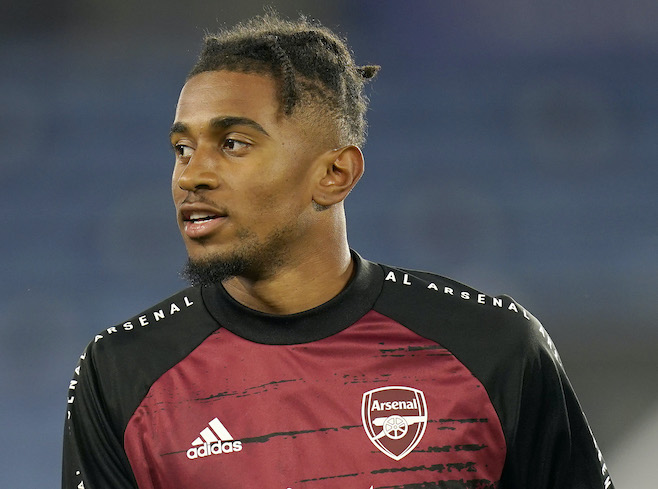 With the Warriors having booked a spot at the AFCON finals in Cameroon, it is the hope of every local football fan that this time, they go beyond the group stages.

Qualification to the knockout stages of the competition has eluded the Warriors continuously.

That being said, there is something about the current crop of Warriors players which has made fans dare to dream. Some even believe the Knowledge Musona-captained side is the golden generation.

For the team to do well in Cameroon though, the current squad, despite many thinking is top-notch, needs a few additions.

One of the few players capable of making a difference is Arsenal gem Reiss Nelson.

The 21-year-old winger was born in London, United Kingdom but is eligible to play for the Warriors because his father is a Zimbabwean.

Though Nelson has represented England at junior, he hasn’t played for the Three Lions at senior level, which means he can still be persuaded to don the green and gold Warriors strip, in accordance with the FIFA laws.

“I think it’s a personal decision that someone has to make to switch allegiances or go and represent a certain country,” Warriors star Tendayi Darikwa said last year.

“We all know how capable Reiss is and talented he is as a footballer, and he can only improve our team and our country. We welcome Reiss to come and play for the Warriors. We’d love him to come but he needs to make the decision himself without getting pressure from people outside,” added Darikwa.

Warriors team manager Wellington Mpandare told this publication last year that there can be progress in the Nelson Warriors case.

Should the Warriors management continue to pursue the youngster?