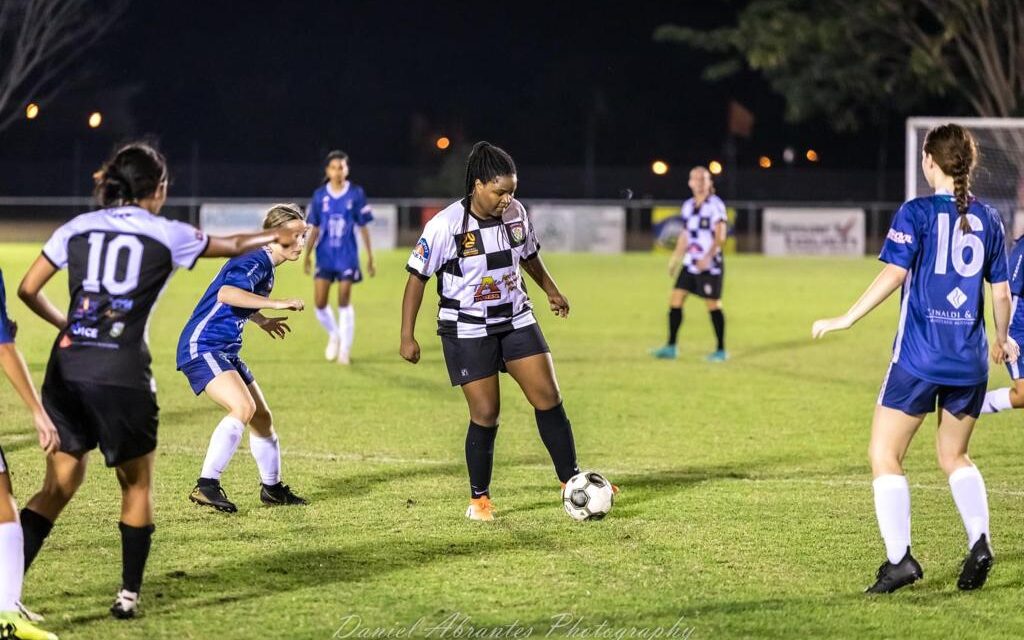 Between her and football, there is a never-ending union.

The moment Yolanda Kanyai (now 24 years of age) fell in love with football, she vouched to fight for her passion despite being pressed down by societal perceptions that the game is a preserve for boys.

She recalls how it started and how she was perceived as different because of the love she had for football.

“Well, it started off when I was about 6 years old when I used to play in the backyard with my uncles and we sort of made it a habit everytime to play ‘1 touch’ football but I never took it that serious as it was more of a hobby,” remembers Yolanda.

“Then at primary school I used to join the boys during break time and just kick around with them, that was actually a norm. And funny fact most girls in my class never used to involve me in their friendships because they believed I acted like a boy. I would occasionally join the soccer ladies and fill up for them during some matches but I wasn’t so committed because I was playing basketball back then,” she said.

The turning point in her football career was her enrollment for Advanced Level at Vainona High School.

“When I went to Vainona for A’level so that’s when I joined the ladies team there. They were well known nation wide for being the best, that’s when I started taking my soccer seriously and committing more to training as we had proper coaches,” she said.

Fate would then take Yolanda to Australia, where she is now based and turning out for Casuarina Football Club. She admits though, that it was not an easy road.

“I came here (in Australia) for studies. But because I had that passion of still continuing with my sport life, so I only found out that my university didn’t offer sports but out in the community that’s where sports were offered . So the next step I took was to look for a soccer club around the area and that’s how I got to be involved in football this side.”

Every football players wishes to represent their country and Yolanda says she is no exception, hence she has her sights set on a Mighty Warriors call up.

“I’m among the multitude that’s keen I wouldn’t lie. If invited to join them, I’ll happily take the opportunity seriously,” admitted Yolanda.

Despite her rise to stardom, Yolanda still looks up to some players in the Might Warriors fold, past and present.

Despite an equilibrium between men and women in football being one of the agendas globally, society particularly in Africa, still frowns upon girls who aspire to become footballers but Yolanda advised them to cast a deaf ear and blind eye to all that.

“They should chase their  dreams and passion and don’t listen or mind what the rest have to say about it because at the end of the day they have got only themselves to satisfy.”

“My advise to any young girl wishing to be a soccer player is; keep pursuing your soccer dream, practice more and strive to be the best on ground. You never know where your training leads you. You could end up as the next Alex Morgan or Asisat Oshaola,” said Yolanda.