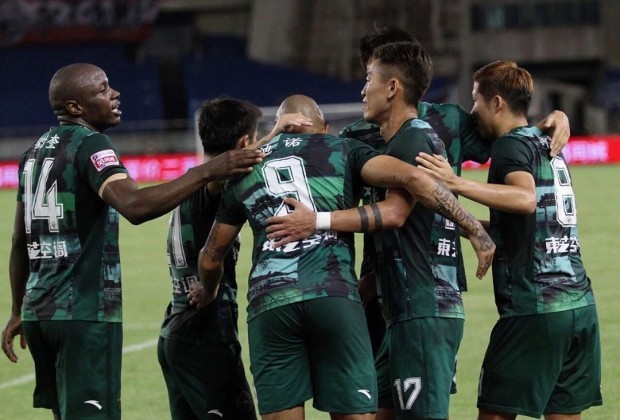 Nyasha Mushekwi started off his new campaign in China on a high note after scoring a brace for Zhejiang Greentown on Saturday.

Greentown beat Zibo Sunday 4-0 in the opening match of the 2021 Chinese second division season, with Mushekwi finding the back of the net twice in the second half.

The Zimbabwean striker first hit the target in the 55th minute to double his side’s lead. He came back again in the 89th minute to seal the victory.

Mushekwi now has nineteen goals across all competitions since he joined the Zhejiang-based outfit in 2019 from Super League club Dalian Pro (formerly known as Dalian Yifang).

He scored seven goals last term to add to the ten strikes he netted in his debut campaign.

The result, meanwhile, temporarily put Greentown on top of Chinese League One, Group A table.