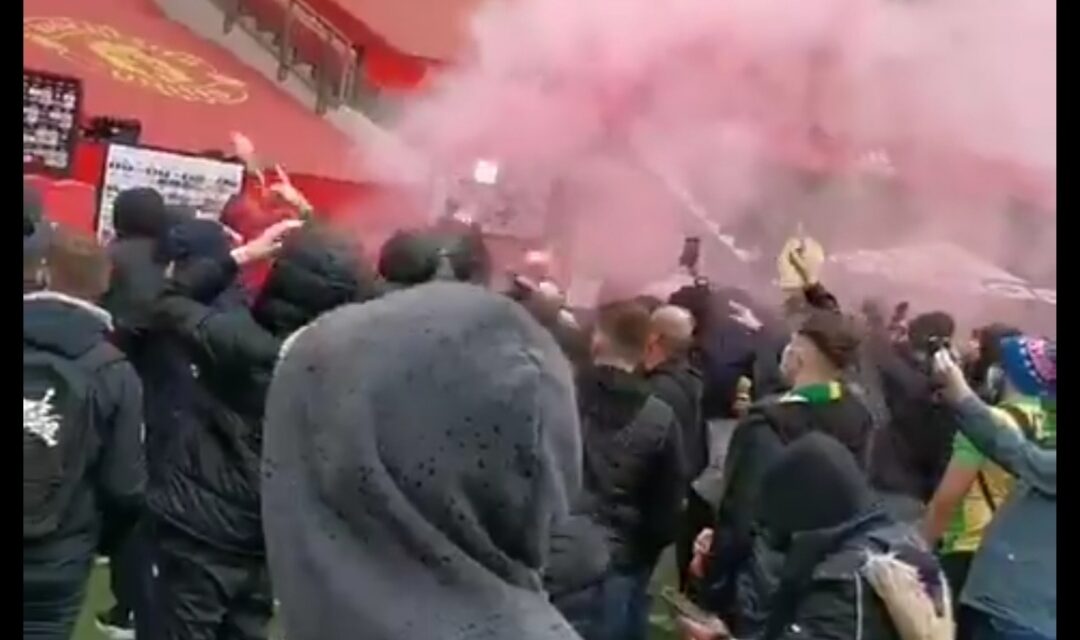 The fans are protesting against the club’s American owners, the Glazer family following their involvement in the controversial European Super League.

Manchester United fans are next level, this is crazy.pic.twitter.com/0Mc0ho26sC

Both teams have been held back at their team hotel by the police, while match referee Michael Oliver has been turned away from the ground.

Manchester United have now released a statement confirming the game has been postponed.

“Following discussion between the Police, the Premier League, Trafford Council and the clubs, our match against Liverpool has been postponed due to safety and security considerations around the protest today,” said United.

“Discussions will now take place with the Premier League on a revised date for the fixture.”