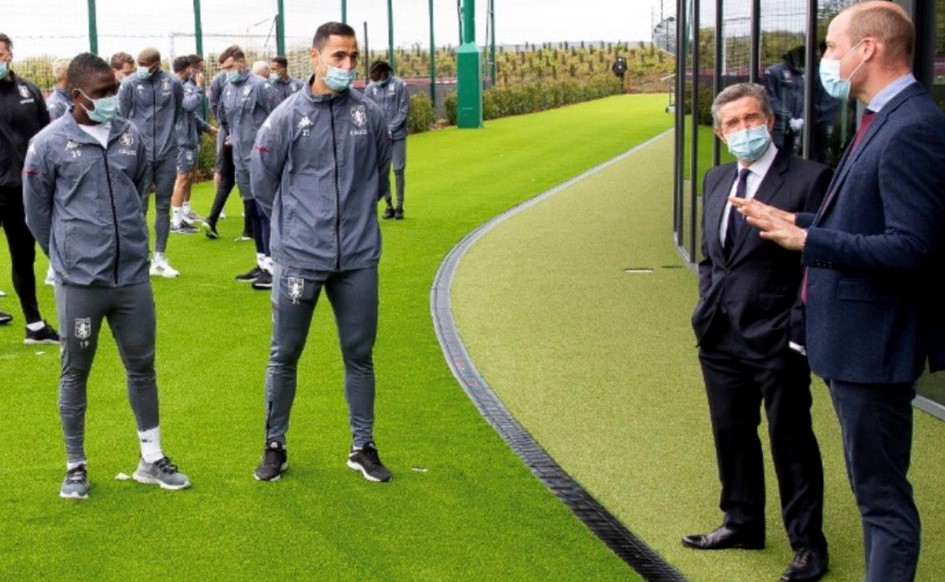 Aston Villa midfielder Marvelous Nakamba has described his encounter with Prince William on Tuesday as an honour.

The Duke of Cambridge visited the club’s Bodymoor Heath Training Ground, where he officially opened the new High-Performance Centre.

Nakamba was present at the function along with a couple of players from the senior squad.

Reacting to the meeting, the Warriors star tweeted: “It’s truly an honour to meet Prince William, Duke of Cambridge. Thank you for the visit.”

It’s truly an honour to meet Prince William, Duke of Cambridge @KensingtonRoyal Thank you for the visit 💜 pic.twitter.com/d9Hop8W6lU

This is the first time Nakamba has met a member of the Royal Family on a public occasion since moving to England in 2019.

The 27-year old signed for Villa for a fee of €12 million from Belgian giants Club Brugge on a five-year contract.