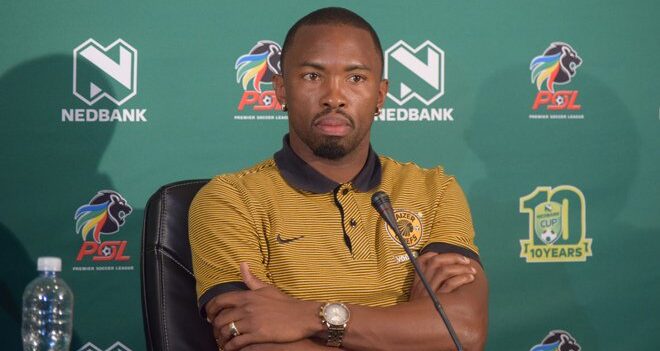 Veteran Kaizer Chiefs striker Bernard Parker has triggered debate after a video of him using what appears to be foul language directed at fellow striker Samir Nurkovic, circulated on social media.

The former Bafana Bafana striker, who last scored a league for Amakhosi in 2019, argued with the Serbian in the dying stages of Amakhosi’s 1-1 draw with Swallows yesterday, over who should take the free kick awarded to Gavin Hunt’s charges, the last kick of the game.

Parker was caught on camera using appeared to be cursing at Nurkovic, shouting unprinatable words at the Serbian.

It has generated a lot of debate on micro-blogging Twitter, with some fans calling for disciplinary action on Parker.

Below is the video: