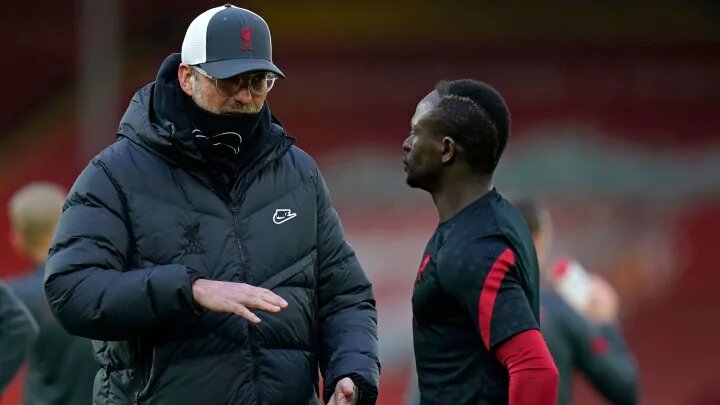 Liverpool coach Jurgen Klopp is set to hold clear-the-air talks with Sadio Mane after the handshake snub following the team’s 2-4 victory against Manchester United at Old Trafford on Thursday.

The Senegalese forward, who came in as a second-half substitute, was visibly unhappy with the coach and shunned him as he sought a handshake after the full-time whistle.

He was upset at being left on the bench for Diogo Jota.

Speaking ahead of Sunday’s game against West Brom, Klopp stressed: “You cannot make a bigger story of it than it is.

“Football is an emotional game and everybody expects us to control our emotions, always.

“But it doesn’t always work out like that. It happened to me as a player, happened to other players when I was their coach.

“We have had, so far, no real chance to talk about it, but we will and there will be nothing left from it and everything will be fine.

“Do we want these things to happen? No. But it’s not the first time in my life and I’m afraid to say it, it probably won’t be the last time. So that’s it.”

Klopp is also anxious that the Old Trafford incident does not disturb the team’s preparations ahead of Sunday’s encounter as they hope of pinching a place in the top four.