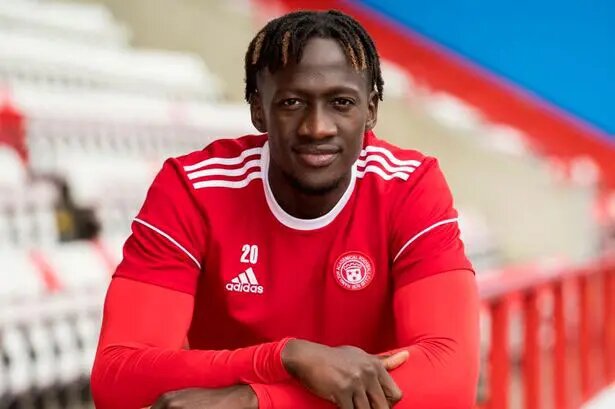 Their fate was  confirmed after’s Sunday’s 0-2 defeat to Kilmarnock.

Moyo, who came off the bench in the second half, finished the campaign with three goals in total.

Hamilton finished the campaign on 30 points from 38 games, bottom of the table.

They will now play in the Scottish  Championship.