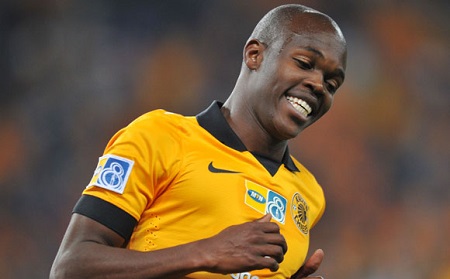 Eric Mathoho’s goal for Kaizer Chiefs in their 4-0 CAF Champions League demolition of Simba SC broke Knowledge Musona’s record for most goals for the club by a single player in Africa’s premier club competition.

The ‘Smiling Assassin’, a fan favorite at Naturena during his two stints at the club, was before last weekend, the all time leading goalscorer in Africa for the Glamour Boys, with five goals.

Mathoho rose high in the 6th minute to thrust Gavin Hunt’s men ahead against Simba, his overall 6th goal in the Champions League.

“Mulomowandau ‘Tower’ Mathoho became the top goal scorer for Chiefs in the CAF Champions League after scoring his 6th goal in the tournament.

He just surpassed Knowledge Musona in this tournament,” wrote Kaizer Chiefs on their Twitter handle.

Interestingly, Musona scored all his five goals in  single campaign, the 2013-14 season.