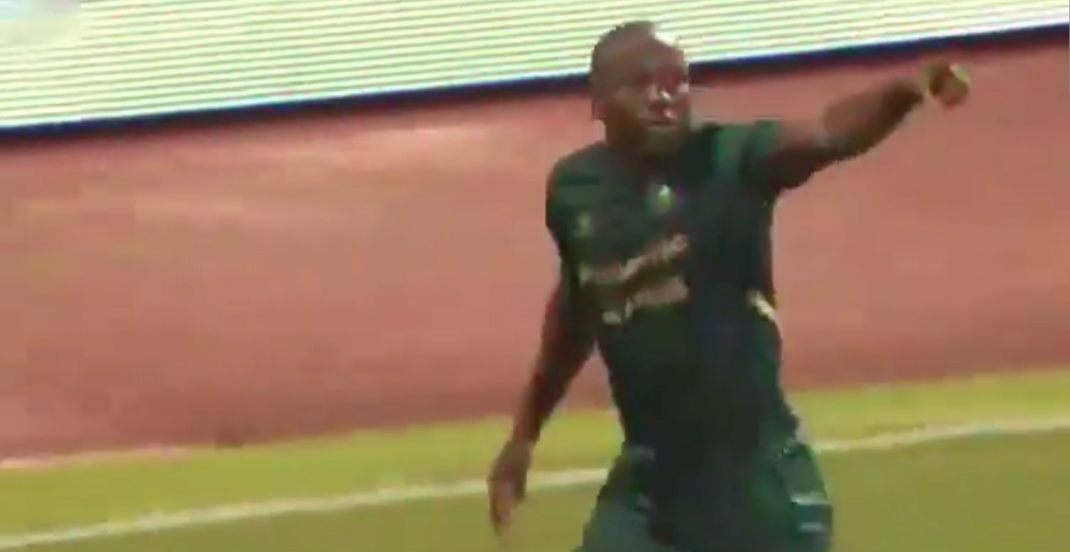 Zimbabwean striker Nyasha Mushekwi scored a brilliat header in his  Zhejiang Greentown’s 2-1 win over Zibo Cuju in the Chinese League one on Thursday.

The goal, which was the big striker’s 5th in the league, was reminiscent of the flying header scored by Dutch striker Robin van Persie for Netherlands against Spain at the 2014 FIFA World Cup.

Watch the header below:

Nyasha Mushekwi scored a flying header help Zhejiang Pro achieve a 2:1 comeback against Zibo Cuju in a CL1 (2nd-division) match. The goal from the 34-year-old Zimbabwean striker is reminiscent of Robin Van Persie's header in the 2014 FIFA World Cup. pic.twitter.com/Vaxo8bbv4z