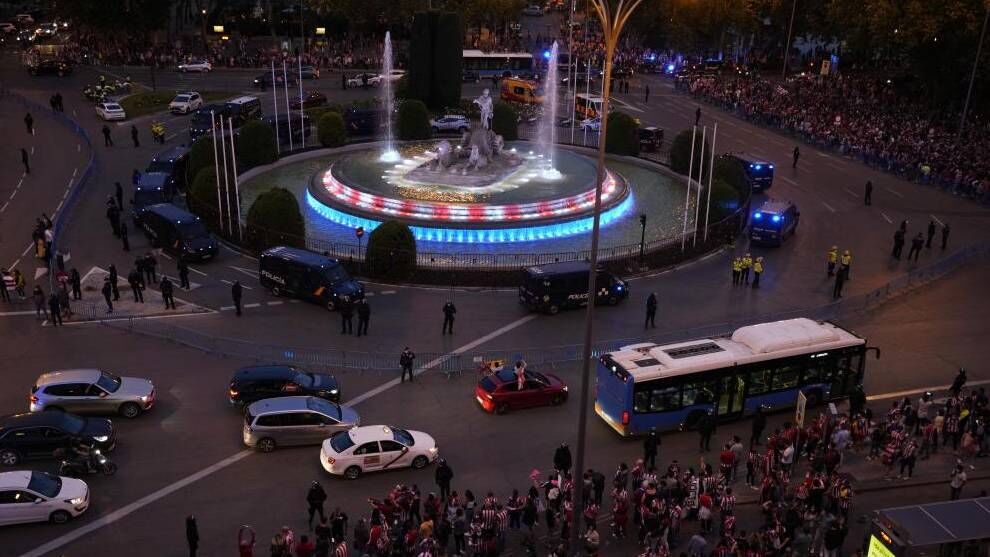 In a tragedy which has shocked the football world, a 14-year-old Atletico Madrid fan died during yesterday’s LaLiga title celebrations.

Diego Simeone’s charges beat Real Valladolid on the last day of the season, a result which meant that city rivals Real Madrid’s hard fought come from behind victory over Vilarreal was irrelevant as they (Atletico) finished two points ahead of Zinedine Zidane’s men.

In celebration of their 11th LaLiga title, about 2000 Atletico fans gathered and organised a parade while following Covid-19 regulations.

The teenager reportedly hit his head on a wall and suffered brain injury.

Emergency health workers tried in vain, for an hour, to save the boy.

Atletico confirmed the tragedy via a statement.

“Atlético de Madrid is devastated to learn of the death of a young Atleti fan. We’d like to send all our love to his family. Rest in peace,” reads the statement.