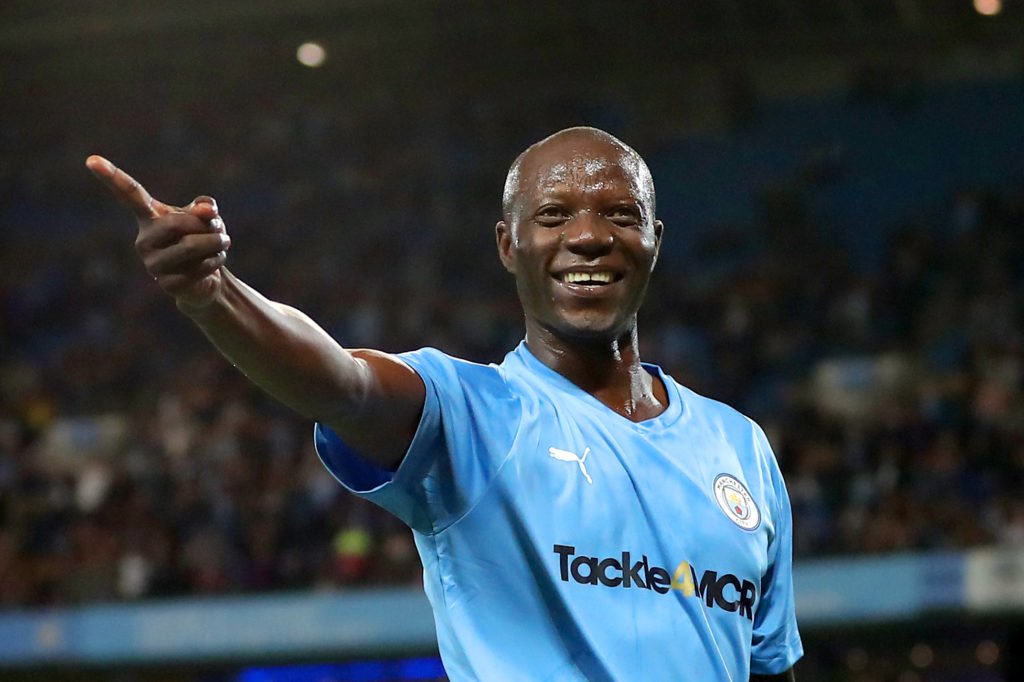 Benjani Mwaruwari has advised Khama Billiat to ignore the criticism from some South African football legends and focus on working on his fitness following a recent slump in form.

The Zimbabwean forward has suffered a couple of injuries which has seen him missing several games in the campaign and failing to reach his top performance.

And this has attracted criticism from all corners with ex-Chiefs player Linda “Mercedes Benz” Buthelezi recently declaring that the former Mamelodi Sundowns star is now a spent force and should be offloaded to make way for equally talented players.

Buthelezi was quoted as saying: “Hey, Billiat must go, my brother. He is doing nothing for us…

“It’s not like we don’t have such players in this country. If you can go to Baroka, they play good football, they have talented boys there; even Black Leopards have good players there.

“You can sign a few of them here and they will be very serious once they get here.”

But Mwaruwari has lept into the 30-year’s defence and described him as “the special one”.

The former Warriors captain and Manchester City striker told Sunday Mail: “My advice to the boy is that he should not rush things. He should make sure he heals properly.

“He will find a new team even if his contract is not renewed at Chiefs. He can even go to Orlando Pirates, or even go back to Mamelodi Sundowns and still play well.

“Some of these sentiments border on jealousy. People are jealous because it’s Khama, a foreign player who is earning that much, so they want to influence public opinion.”

Mwaruwari feels it is now time the nation stood up in defence of the traumatised Billiat.

“People are allowed to speak out their opinions, but sometimes it is good to check the facts on the ground before you speak.

“Sometimes it’s critical to defend our own and I think it’s time to defend my boy, Khama. Some of this criticism is not fair; it is not justified at all and we need to stand up as a nation and lift this boy up.

“I laugh when I hear some South African legends claiming that there are a lot of good players in South Africa who can do better than Khama Billiat, and I ask myself: Where are they?

“If there were a lot of good players in South Africa, then they (Chiefs) wouldn’t have gone for Khama, later on pay him top money.

“Billiat went to South Africa, he lifted the game there, he won trophies there, including the CAF Champions League with Mamelodi Sundowns, and everyone wanted him,” he added.

Billiat’s contract expires on June 30, and Amakhosi have an option of renewing it.