The next stars of African football – Footballers on the rise 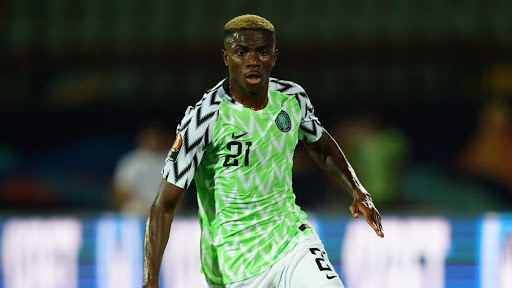 In recent years, footballers such as Manè, Salah, Mahrez and Aubameyang have raised the flag of the African continent in world football. Young African footballers are always very coveted by the European top clubs, to grow in the Academies and become champions in the most important leagues in the world.

The World Cup in Qatar is close, bookmakers like www.asiabet8888.com are already posting odds on who will be the best players in the tournament and many young African champions are fighting for a place in the final stages. Who are the African footballers who today can be considered “the next big thing” in the international football circus? Let’s find out together in the next paragraphs.

Let’s start immediately with a still young player who has been considered among the best in Europe for some years now, Franck Kessié. The AC Milan midfielder was born in Ouragahio, Ivory Coast, December 19, 1996 and at the age of 25 he is a pivot for the national team and club.

Franck Kessié began his career among professionals in Italy at Cesena, a small second division team, growing up in Atalanta, one of the best Italian clubs in recent years, thanks also to its young talents. The definitive consecration takes place in 2017 with the transfer to AC Milan, of which he is now one of the most important players.

Victor Osimhen is considered by many to be the best young striker in Africa. The Nigerian footballer, born in Lagos, December 29, 1998, was the most expensive purchase in the history of S.S. Napoli (70 million Euros), more expensive than Maradona, Cavani or Mertens.

In 2015 Victor Osimhen won the Under-17 World Cup with Nigeria, scoring 10 goals and finishing the tournament with the title of top scorer. After two excellent seasons with Charleroi (Belgium) and Lille (France) the Nigerian forward moved to Italy in 2020 becoming already one of the most important players of the Italian club.

During the season he suffered a few injuries that affected his performances, but since returning to the pitch Victor Osimhen is proving his worth again. Victor Osimhen will certainly be one of the best African strikers in the future.

We have at the moment considered a forward and a midfielder, so now it’s time for a defender…Achraf Hakimi. The Moroccan right-back plays in Italy for FC Inter, the team that has just won the Scudetto, thanks also to his excellent performances.

Achraf Hakimi was born in Madrid, November 4, 1998 to Moroccan parents, making his professional debut with Real and winning the Champions League and a FIFA Club World Cup in just one year. Thanks to his excellent potential, Hakimi moved to Germany, Borussia Dortmund with whom also scored 7 goals in 54 caps.

In 2020 Hakimi moved to FC Inter, immediately becoming an idol for supporters and winning the championship. At the age of 23, Hakimi can already boast 1 Champions League, 1 FIFA Club World Cup, 1 German Super Cup and 1 Scudetto… not bad!

The next stars of African football – Footballers on the rise