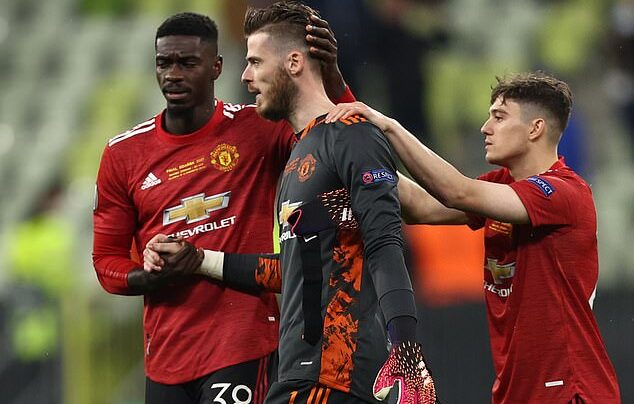 David de Gea has vowed to shag off the frustrations of the penalty shootout miss that cost Manchester United the Europa League final against Villarreal on Wednesday.

The goalkeeper was the only penalty taker to miss his kick in the 11-10 loss for the Red Devils. The 30-year old also failed to save any of the Spanish side’s efforts and has been criticised for ignoring some instructions from the coaches which may have helped him in the shootout.

This extended the Spaniard’s abysmal record of saving penalties and has now conceded the last 40 he has faced for both United and Spain.

Speaking for the first time since his spot-kick was saved, de Gea posted on Social Media a picture of himself with Sir Alex Ferguson and captioned it: “To fall and rise. Learn from the experience, fight again and win. @manchesterunited Thanks for your support”.

To fall and rise. Learn from the experience, fight again and win. @ManUtd Thanks for your support pic.twitter.com/4AnLNGRA9A