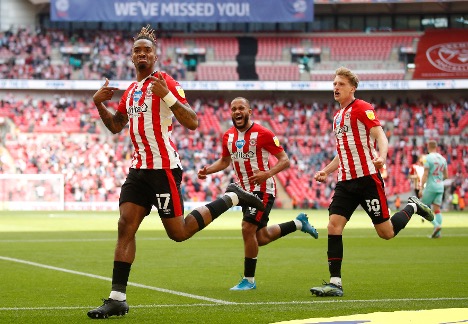 Brentford have secured promotion into the English Premier League after beating 10-man Swansea 2-0 in the Championship Play-off final on Saturday.

The Bees will play in the top-flight for the first time since the 1946-47 campaign.

The got their two goals early in the game through Ivan Toney and Emiliano Marcondes.

The result, on the other end, sees Swansea missing out on the promotion for the second successive year after Brentford ended their hopes of a Premier League return last year in the semi-final.