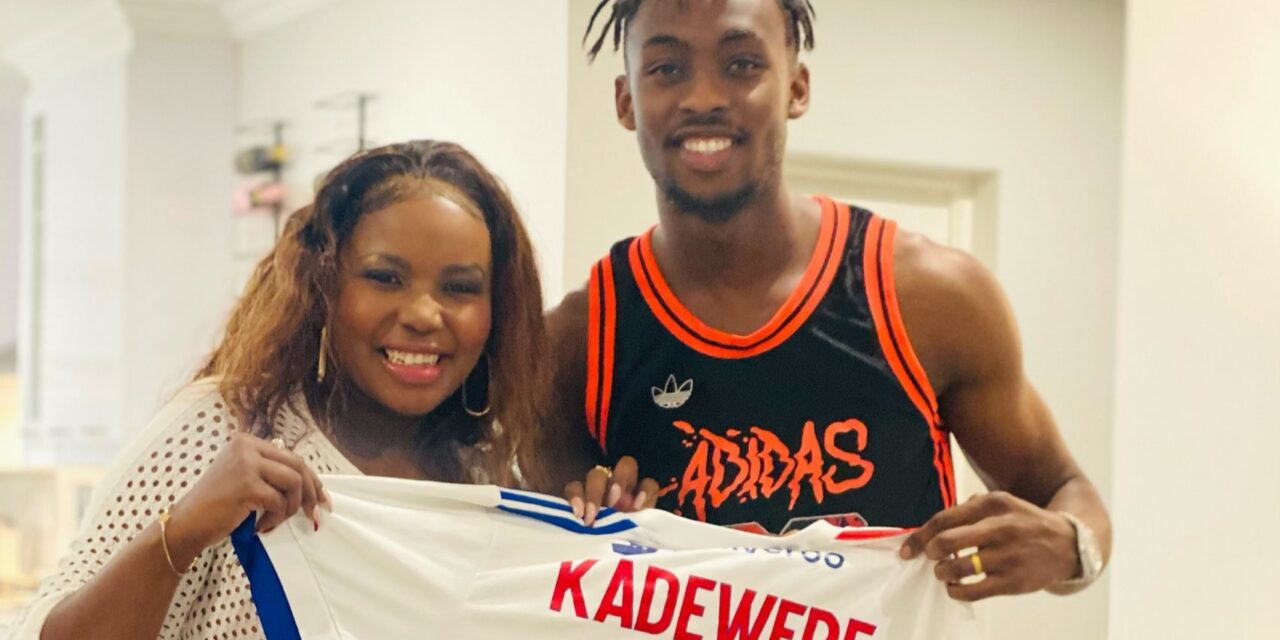 Kadewere joined Les Gones from Ligue 2 side Le Havre at the beginning of the 2020/21 campaign and forced his way into Rudi Garcia’s star-studded attack comprising of Dutchman Memphis Depay, Karl Toko-Ekambi and Mousa Dembele, who was later loaned to Atletico Madrid.

The lanky striker scored 10 league goals from 23 appearances in a season which Lyon agonizingly- missed out on Champions League qualification, a mark which did not go unnoticed by Tshabalala, who met the Warriors star in South Africa yesterday.

What a debut season @OL_English 4 Tino Kadewere👏🏽 commanding a regular place in Rudi Garcia’s side,scoring 10 goals from 23 app. 9 of those off the subs. bench)He scored his last goal in this https://t.co/LKjqT7E2ou’s 2 even greater heights next season 💫⚽️👏🏽 #AfricaRising pic.twitter.com/YtJYmC08I5