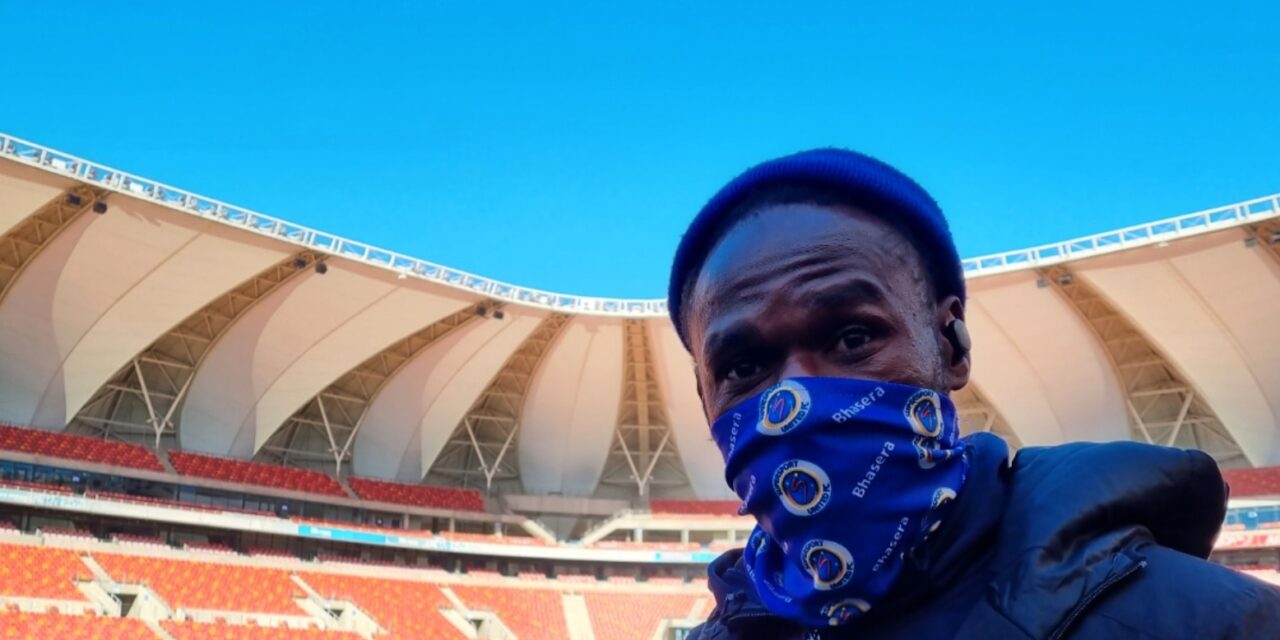 Warriors left back Onismor Bhasera scored an injury time equaliser to rescue SuperSport United from the jaws of defeat, in their 1-1 draw with Chippa United in the final game of the 2020/21 DStv Premiership season.

Kaitano Tembo’s men went into the clash seeking to finish the campaign on a high but saw themselves on the backfoot in the second half, when substitute Andile Mbenyane thrust the Chilli Boys ahead in the 72nd minute.

Right at the death, when it appeared they were headed for a defeat, Bhasera rose high to head in a corner kick and secured a point which pushed United to end the campaign in fifth place.

The header is Bhasera’s only goal of the season in which he made nineteen appearances across all competitions.

Fellow countryman Kudakwashe Mahachi started in the match and played as a left-back while Evans Rusike was an unused substitute on the SuperSport United bench.

Elsewhere, Willard Katsande marshalled Kaizer Chiefs’ midfield as they edged TS Galaxy 1-0 to finish in eighth place. He received a yellow card in the 39th minute of the encounter.

Terrence Dzvukamanja made his second successive appearance for Orlando Pirates in a goalless draw versus TTM since recovering from an injury, coming on as a substitute.

Captain Washington Arubi was in goals for Tshakuma with Farai Madhananga also starting in the game.

Ovidy Karuru bade farewell to relegated-side Black Leopards after playing his last game in the 1-1 draw against Bloemfontein Celtic.

The midfielder is leaving the Limpopo-based side at the end of his contract this June.

Golden Arrows duo Divine Lunga and Knox Mutizwa were also in action on the last day of the campaign along with Butholezwe Ncube and Talent Chawapiwa of AmaZulu.

The Usuthu pair will play in the Champions League next season after finishing number two in the DStv Premiership.