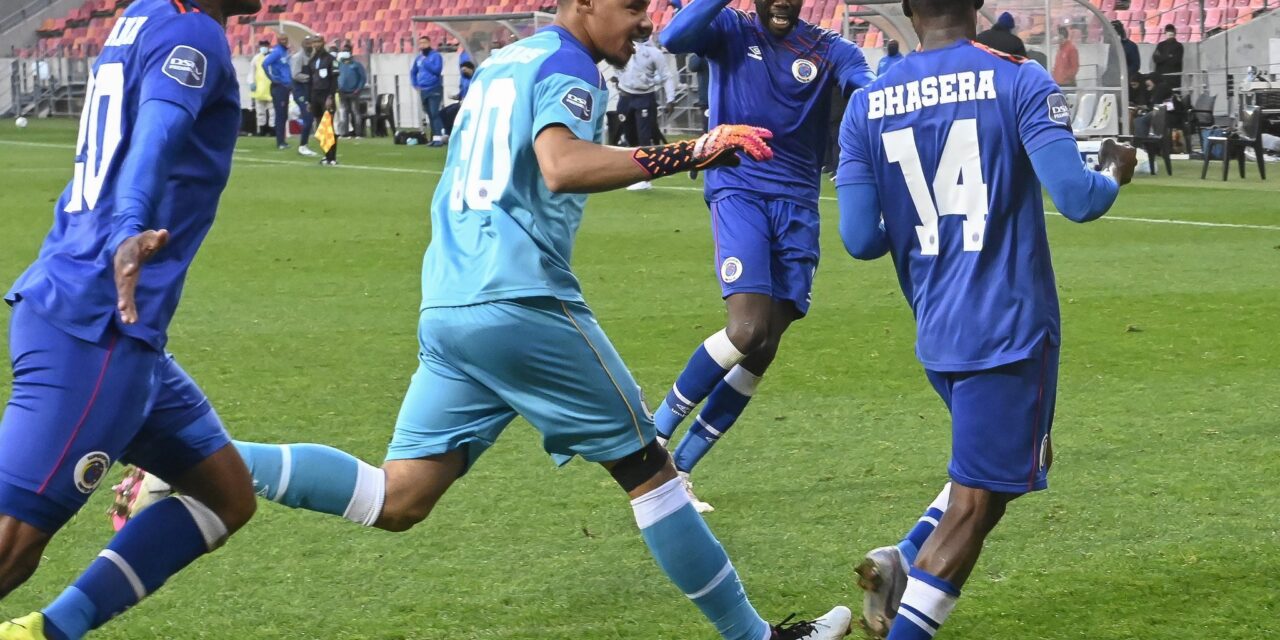 Since joining SuperSport United in 2016, Onismor Bhasera had never celebrated a goal- well, he did but not one which would have been scored by him.

The 36-year old left back, who recently returned to the Warriors fold, scored his first ever goal for Matsatsantsa yesterday and what a moment it was.

Kaitano Tembo’s men were trailing 0-1 to relegation-threatened Chippa United, and a corner kick was awarded to them.

With the clock showing that it was the third minute of injury time, and with three having been raised on the board by the fourth official, that was surely the last kick of the game.

Even goalkeeper and captain Ronwen Williams came up for it, a sign that the Pretoria-based side were now gambling for an equaliser in their last game of what has been an enthralling DStv Premiership season.

It came, but from an unlikely source.

Bhasera rose high to head home the equaliser, his first ever goal for the club, sparking wild celebrations on the United bench.

Drama at the end.