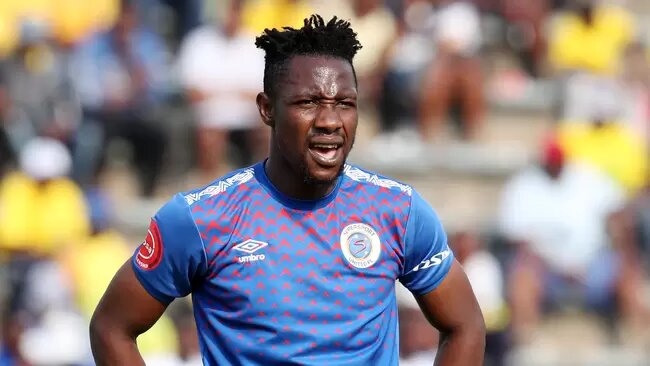 Evans Rusike is leaving SuperSport United at the end of this month, club CEO Stan Matthews has confirmed.

Rusike’s deal is expiring on June 30 and the Pretoria-based side will not renew it. He will be released along with midfielder Lucky Mohomi.

According to Matthews, the pair has done little to convince the coach and they will not accommodate them anymore.

“On both players, we elected not to take their options as they didn’t do enough to convince the coach they could cement their place in the starting line-up. We can’t be accommodating players who seem happy to sit on the bench,” Matthews told Soccer Laduma.

“We appreciate their contributions, especially that Evans made in helping us lift the MTN8 and in reaching three consecutive finals and we wish him well at his future club. We hope he too goes on to future success.”

Rusike joined Matsatsantsa in 2018 on a three-year-old but his final season has been marred by nagging injuries and played second fiddle to on-fire Bradley Grobler.