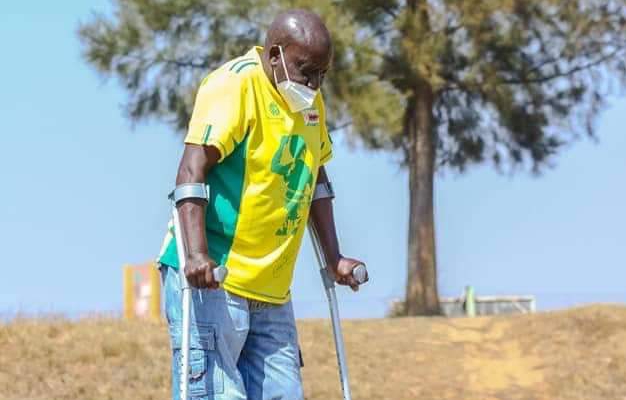 I saw the former Warriors assistant coach along Seke Road – he was turning right towards Airport Road.

“Did you see David Mandigora?” I yelled at my friend who was driving, forgetting that he doesn’t even know the number of players who make up a soccer team.

It’s not a secret that I’m not affiliated to the blue half of the capital, well the green either, but I had massive respect for Mandigora, that’s why I was somewhat thrilled to see him that day.

Come on, the man was the first player to be crowned Soccer Star of the Year in an independent Zimbabwe, in 1980.

He was on the Warriors bench at the Africa Cup of Nations finals, as assistant to Chalrles Mhlauri in 2006.

Besides, he was a former national team midfielder and perhaps the way some youths of my age react on Twitter, when they see Marvelous Nakamba in Harare or Bulawayo today, is the same way youths of the olden days probably reacted when they saw Yogi back then, the only difference is there was no microblogging site then.

I was fully aware of Bla Yogi’s years-long battle with diabetes, and that is the reason his right leg was amputated in 2017 but I was in the dark on the deterioration of his health recently.

In fact, I was shocked to learn of his passing on, yesterday.

What hurt me the most about his death is a WhatsApp screenshot between him and one Martin Changachirere, shared by the latter.

In the conversation, Yogi tells Changachirere that there was an urgent need to amputate his remaining leg hence he (Mandigora) was looking for any kind of assistance in  raising the $US4000 required for the process.

Changachirere assures the former Dynamos mentor, who guided the Glamour Boys to the CAF Champions League semi-final,  that a plan would be made to raise the required money.

“I’m coming tomorrow toita plan, don’t stress mdara, zvinobuda.” These were the exact words Martin texted to Yogi in what was to be the last conversation between the two buddies.

Changachirere would be the first person to let know the nation of Yogi’s death the following morning, the same morning he was supposed to see him and discuss how the money for his treatment could be raised.