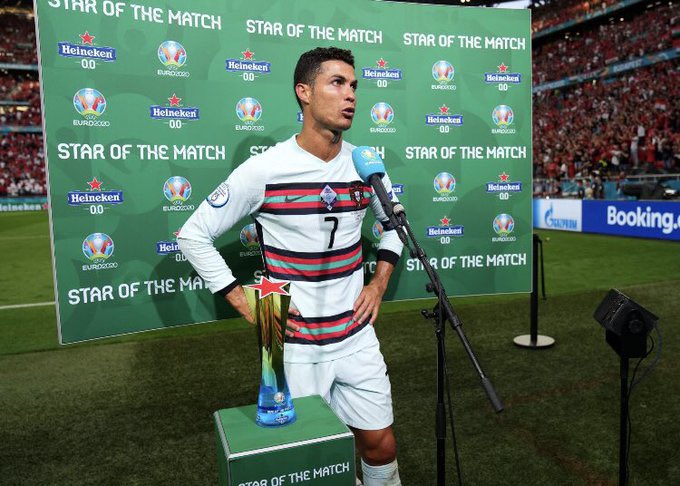 Cristiano Ronaldo is now the all time leading goalscorer in the history of the Euros.

The Juventus superstar notched a late brace to guide Portugal to a 3-0 victory over Hungary at the Puskas Arena thereby ensuring that the holders get off to the perfect start.

By netting that double, Ronaldo took his tally for Portugal to 106.

He is now the all time leading scorer in the European championship and also the only player to feature in five different Euro tournaments.