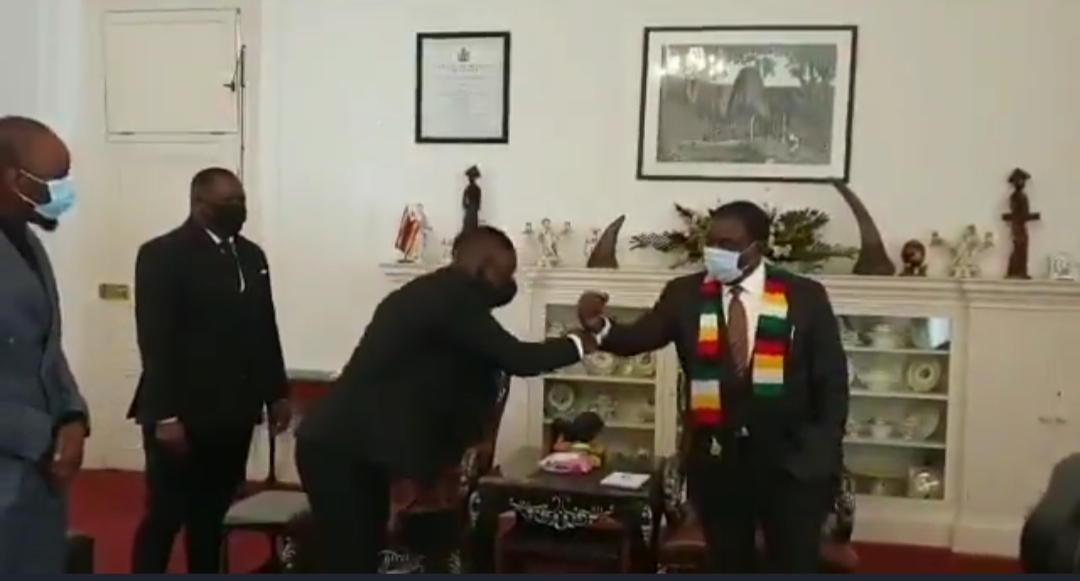 The Aston Villa midfielder, one of only two players from Southern Africa who ply their trade in the English Premier League, is back in the country after the season ended.

Nakamba was in the company of his handlers.

“Today Marvelous Nakamba and his team met the President. He comes in as an investor eager to plough back into the community.
He was with Dexter Blackstock, a former Nottingham Forest player. Blackstone is very happy to be in Zimbabwe and to have a chance to invest in the country,” said Permanent Secretary in the Information Ministry Nick Mangwana on Twitter.