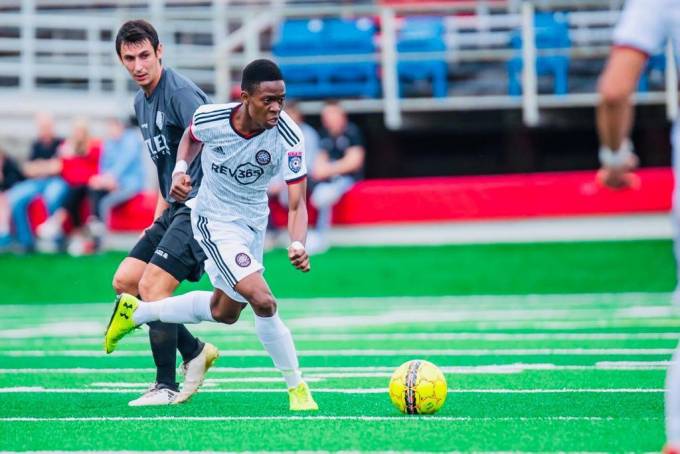 United States of America-based midfielder Nyasha Dube has received a call-up to the national squad for the COSAFA Cup tournament scheduled for next month.

Dube plays for Little Rock Rangers in the US League Two, which is the fourth division in the American football system.

The twenty-four year old, who is the son of coach Nation Dube, has never represented the country.

Nyasha is expected to arrive in Harare on the 27th of this month and join the rest of the squad that will be made up of fringe players.

Rangers midfielder, Nyasha Dube, has been called up to represent his national team of Zimbabwe for the Southern Africa Football Association tournament. Dube will arrive on June 27 for camp. Best of luck to Nyasha!#lrrangers x #path2pro pic.twitter.com/iKfOghY0Xv

The COSAFA Cup will take place from July 7-18 in Nelson Mandela Bay, South Africa, and the Warriors will start their campaign on the 8th against Mozambique at the Isaac Wolfson Stadium.

They will face Namibia three days later in their second match before wrapping it up with a game against Senegal on the 14th.

Meanwhile, the Warriors’ official squad announcement is expected to be held this week.