Musona has been the most successful Warriors captain: Thomas Sweswe 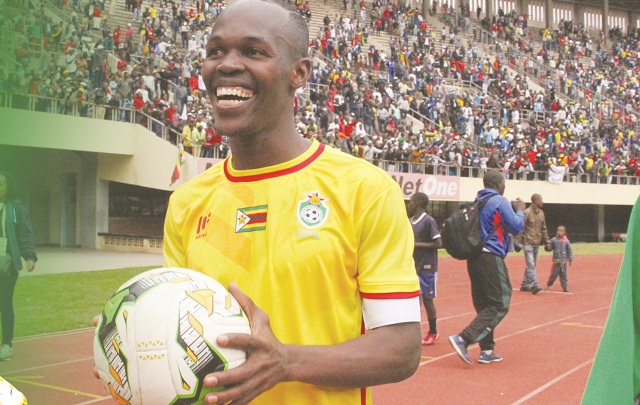 Musona took over the national team captain’s armband from Willard Katsande after the 2017 AFCON finals in Gabon and under his leadership, Zimbabwe has made it to the continental showpiece twice- in 2019 and in the upcoming and rescheduled 2021 edition in Cameroon.

Since making his debut for Zimbabwe in September 2010, Musona has scored 23 goals for the country (including friendlies) and is just 15 shy of legendary former skipper Peter Ndlovu record tally of 38.

Sweswe believes ‘The Smiling Assassin’ has been the best national team captain.

“I think he has progressed very well. The boy is a top talent and has been the most successful captain of Zimbabwe,” Sweswe said as cited by South African publication Kick Off.

“As everyone can see, he is still hungry for more success as he still wants to play for Zimbabwe and score the goals and be the best. I just wish him all the best in achieving what he has always wanted to achieve in life,” he added.

Musona has been the most successful Warriors captain: Thomas Sweswe