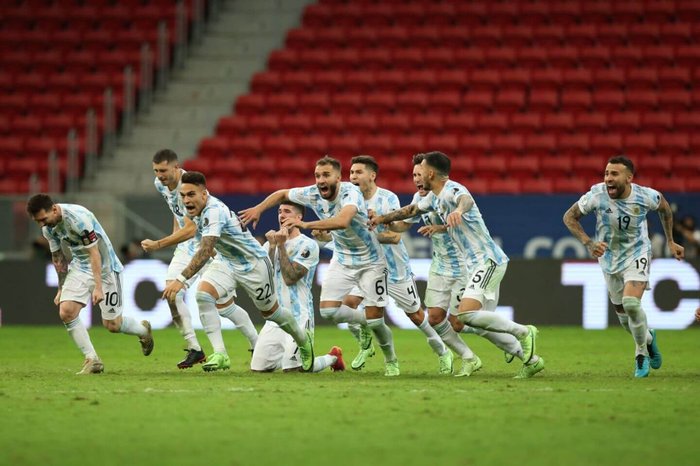 Argentina have set up a Copa America final with Brazil after beating Colombia 3-2 on penalties on Wednesday morning.

Goalkeeper Emiliano Martinez put forth a heroic performance after he saved three of the five penalties he faced.

The had match ended 1-1 and went straight to the shootout. Lionel Messi assisted on an early Lautaro Martinez goal in the seventh minute before Luis Diaz equalized for Colombia in the 61st.

Argentina have not won a major title since 1993 when they had won Copa America.

On the other hand, Hosts Brazil beat Peru 1-0 in Monday’s first semi-final meaning their star forward Neymar will line up against Lionel Messi’s Argentina on Saturday at Rio de Janeiro’s iconic Maracana stadium.

Colombia will play in the third-place playoff against Peru on Friday.