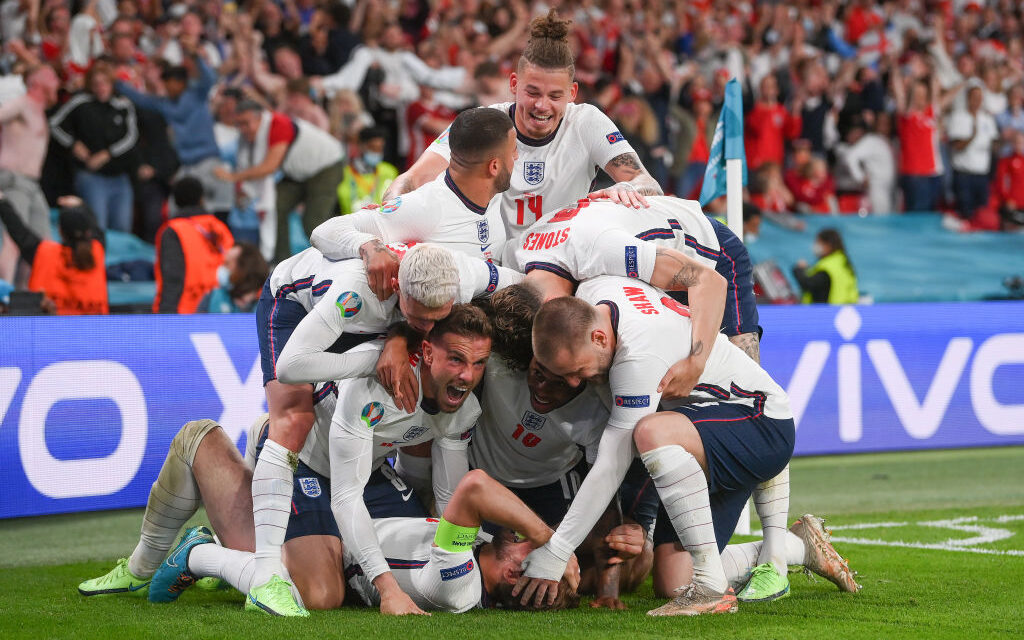 England beat Denmark 2-1 on Wednesday to reach a Euro final for the first time ever.

The Three Lions will face Italy in Sunday’s game at Wembley Stadium in London.

The Danish side led through Mikkel Damsgaard’s brilliant freekick on the half-hour but an own goal Simon Kjaer nine minutes later saw the game going into extra time.

Harry Kane scored winner for England, tapping in a rebound after Kasper Schmeichel had saved his penalty.

In the other semifinal played on Tuesday, Italy beat Spain 4-2 on penalties after tied 1-1 after extra time.

Jorginho converted the decisive spot-kick for the Azzurri, earning them a place in Sunday’s final.

Spain, on the other hand, missed two of their spot-kicks, including one by substitute Alvaro Morata, whose late equaliser had taken the game into extra time.