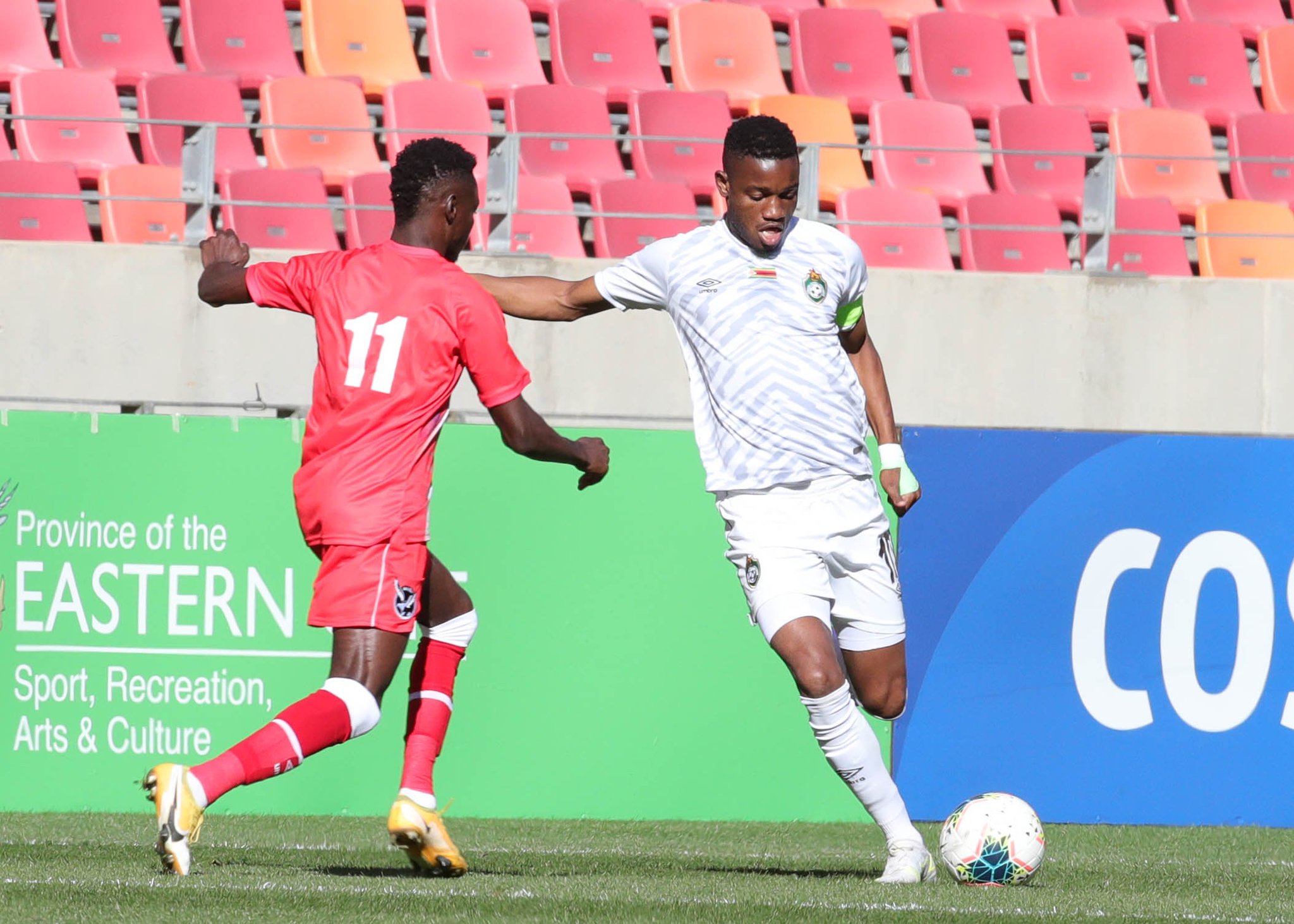 Warriors captain Ovidy Karuru has sent some words of motivation to his team-mates following their 2-0 loss to Namibia in the COSAFA Cup Group B match on Sunday.

The national team is now facing a slim chance to qualify to the semifinals after slumping to fourth position on the log standings.

Posting on Social Media, Karuru said he is proud of the boys who have featured in three games inside six days.

“Not the result we wanted but a good fight from the boys,” he said.

“I am super proud to lead this group of players who have played less that yen games in 18 months because of the the pandemic and they still play three games in six days.

“I hope and pray that this pandemic comes to an end, so soccer can be played in my country because we have talent in the country.”