Is it time to ‘Log Out’ of this experiment? 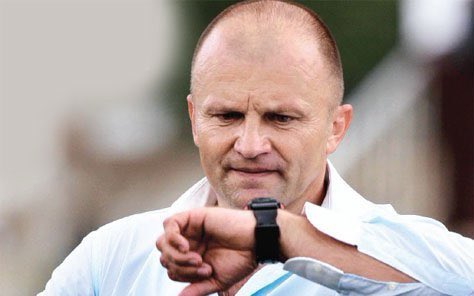 Imagine, Joey Antipas drew the first game in the AFCON 2021 qualifying campaign, on a rainy evening at the National Sports Stadium in September 2019 but before the goalless draw against Botswana even ended, fans were already singing unprintable words aimed at ‘Mafero’.

The same Antipas, who amassed four points from two matches, was, based on what the fans sang that evening, deemed not good enough to be the Warriors coach, an opinion shared by the Felton Kamambo-led ZIFA board, when they snubbed the Chicken Inn coach in preference of firebrand Croatian Logarusic, or simply Loga, as he is now known locally.

It was a big decision by ZIFA and somewhat a gamble, for a nomadic coach who has not seen out a single contract to it’s end, since his journey in African football began.

Never mind the fact that he earns $7000 a month as widely-reported, it’s actually a very normal salary for a national team coach in a properly-functioning economy- its just that ours isn’t.

Loga might have helped the Warriors cross the line in terms of AFCON qualification but many are still not convinced about his ability and tactical potency.

The same number of points (four) which Antipas got in two games, is the same he (Loga) got in four games during the road to Cameroon.

The Croat has won only one game in the 11 matches he has presided over in the Warriors dugout, 12 if the international friendly against Malawi is included.

Apart from failure to grind results, Loga’s team lacks identity and more than a year and half into his tenure, its difficult to tell the kind of football the Croat wants the team to play.

He has broken record after record for the wrong reasons.

One has to carefully go through the history books to find out if the Warriors ever lost all group games at Chan, as he did in Cameroon.

One also has to carefully go through the history books to determine if it ever happened that Zimbabwe finish the Cosafa Cup without a single win, as is the possibility in the on-going regional showpiece in South Africa.

In fact, Zimbabwe had not lost a match at Cosafa for six years prior to yesterday.

Similarly, one also has to check the history books to find out the last time Zimbabwe lost an AFCON qualifier at home, as he did against Zambia last March.

The same question will repeatedly be asked- are the Warriors making progress under Loga and it is perhaps time to ‘Log Out’ of this experiment?

Is it time to ‘Log Out’ of this experiment?