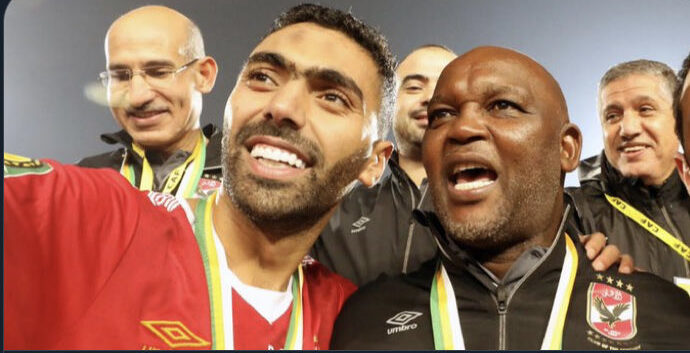 Kaizer Chiefs lost 3-0 to Al Ahly in the CAF Champions League final played at the Mohammed V Stadium in Casablanca, Morocco on Saturday.

Amakhosi were making their first appearance in the final while the Egyptians made it back-to-back triumphs and their tenth trophy overall.

Zimbabwean midfielder Willard Katsande started in the game while Khama Billiat came on as a second-half substitute.

Despite the heavy loss, Katsande had something to console himself with on the night after becoming Kaizer Chiefs’ all-time highest capped foreign player. The midfielder made his 326th appearance, surpassing fellow countryman Tinashe Nengomasha’s record.

The game had a cagey start with the first real chance falling in Amakhosi’s way on the quarter-hour when Samir Nurković’s curled shot was saved by El Shenawi. The effort was the only opportunity on target on both ends in the first period.

Al Ahly, on the other end, had six chances at goal, but none reached the target. Nonetheless, they were the better team in terms of possession before the break.

Chiefs suffered a blow on the stroke of halftime after Happy Mashiane received a straight red card for a dangerous tackle on an opponent.

Early pressure mounted on Chiefs’ side on restart and Mohamed Sherif finally break the deadlock on minute 53. Mohamed Morsy added another with a curling shot on the edge of the box to double the cushion.

Amakhosi never showed immediate intention to recover, and the collapse continued on their end after Amr Al-Sulaya sealed the victory on the 73rd minute.